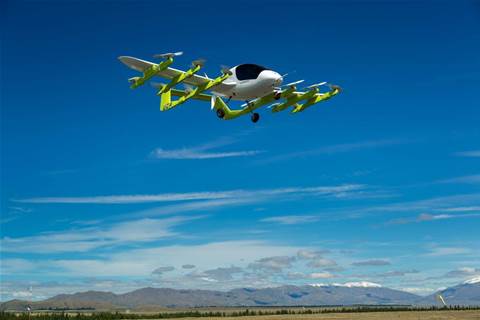 Kitty Hawk has signed an agreement with the New Zealand government to test its 'Cora' autonomous flying taxis.

It hopes to make the vehicles commercially available in New Zealand within three years.

"We needed a place that was just as bold and dynamic in order to bring Cora to the commercial market," the company said in a blog post.

"A place that could be more than just a willing airfield. That had a world class reputation in certification and regulation. And a government and society with an eye to the horizon."

Cora is intended for use as part of a transportation service, rather than for individual users.

The flying taxi can “take off like a helicopter and transition to flying like a plane", the company says.

It has the potential to "take off from a rooftop and hop across a city", and to "transform a parking lot into an airpad in your neighborhood".

The self-piloting vehicle can fly faster than 150 km/h and has a range of 100 km. It uses 12 fans for vertical take-off and landing, and flies between 500 and 300 feet of altitude.

Page invested in the start-up in 2016, as well as in a similar initiative by Zee.Aero.