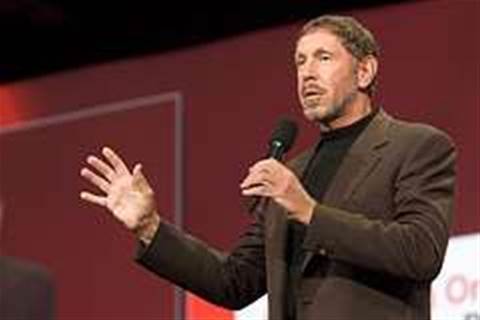 Only second best in America.

Larry Ellison has lost his position as the most highly compensated company executive in America.

Ellison, whose net worth is estimated at over US$20bn ($23.7bn), received total compensation last year of US$556 million, up from just US$192 million in 2007, according to salary data published by analysts at the Corporate Library.

He was knocked off the top stop by Stephen A. Schwarzman, the chief executive of asset managers the Blackstone Group, who received US$702.4 million, the bulk of it in equity grants after he took the firm public.

"Given that the other 75 per cent of his $4.7 billion 2007 equity grant will vest in equal installments over the next four years, it is reasonably safe to assume that Mr. Schwarzman will remain at the top of highest-paid CEOs list, or close to it, for a few years to come," the Corporate Library said.

Ellison has for many years been the most highly paid technology chief executive and usually the best paid in all industries, but he now faces strong competition from the financial industry and oil and gas suppliers. Seven of the top ten highest paid executives are from the fossil fuel industry.

Overall the top ten US executives took in over US$2.2bn in compensation last year, and it is now estimated that a third of all pay in the country went to senior executives.