Lamo speaks: Why I exposed the U.S. Army's leaky tap 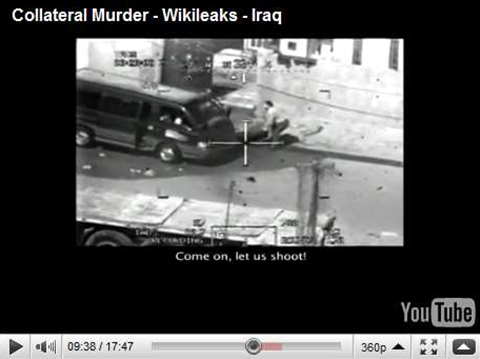 Former 'ethical' hacker Adrian Lamo has defended his decision to alert authorities to a young U.S. intelligence officer that allegedly bragged of leaking a video of U.S. soldiers attacking unarmed journalists from a helicopter gunship in Iraq, among other classified U.S. documents.

On June 6, Lamo went public about his conversations with U.S. army intelligence officer Bradley Manning - a 22-year old now under military arrest in Baghdad - who Lamo claims had bragged of taking possession of some 260,000 sensitive documents and leaking the infamous "Collateral Murder" video footage to Wikileaks.

Lamo has been damned by many observers for dobbing in a man that exposed U.S. military brutality to the world. Yesterday, Lamo spoke to Australian security journalist Patrick Gray on the Risky Business podcast - revealing the moral dilemma behind his decision.

"I made a conscious decision to severely affect the life of another human being in order to prevent the lives of other human beings from being seriously and adversely effected by the leakage of classified material," Lamo told Risky Business.

Lamo said that without his intervention, it was "only a matter of time" before classified information that was "too detailed" was published and "got somebody killed."

Lamo said he was concerned Manning "didn't have the training to distinguish between data that was embarrassing" to the U.S. Government and data that would endanger lives.

The former hacker said he would not have reported the young intelligence officer had it "only been the helicopter video" at stake.

"There were issues other than the cables that I can't get into - [issues] that were very specific and did have significant ramifications in terms of our safety - both economic and national."

Lamo believes his action might even have saved Manning's life.

"He is fortunate that Wikileaks is nominally a non-Government organisation" - if it were a foreign national Government, Lamo said, Manning "could be charged with espionage and face the death penalty.

"He was building a house of cards made entirely of consequences," Lamo told Risky Business.

Further, Lamo said that choosing to go to Wired magazine first ensured Manning "would be painted as a human being and not as a terrorist" before U.S. authorities arrested the young intelligence officer.

For the full podcast, check out Risky Business.