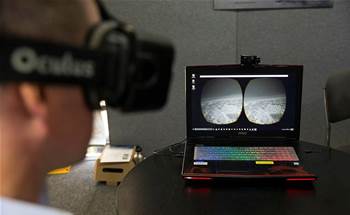 Modelled on US agency credited with inventing the internet.

The Australian Labor Party will create a new research and development agency tasked with developing emerging technologies for the military if it wins the upcoming federal election.

Akin to the US Defense Advanced Research Projects Agency (DARPA), ASRA would fund “pivotal research in breakthrough technologies for national security” within the Department of Defence.

DARPA has had a hand in a number of ground-breaking projects since its establishment in 1958, including the world’s first-ever weather satellite, GPS and the internet.

According to legislation passed in February, ARIA is focused on research projects with a high tolerance of failure.

Albanese and O’Connor said creating ASRA would bring Australia into line with the United States and UK by boosting technology sharing and research and development through the AUKUS security pact.

It is unclear how the agency would differ to Defence’s existing research and developing arm, the Defence Science and Technology (DST) group.

“Australia needs to rapidly establish a strategic research agency modelled on the highly successful DARPA in the United States,” Albanese and O’Connor said.

“ASRA would ensure cutting-edge research from public sources, such as universities and industry, and classified research from industry and other government agencies (such as CSIRO), are supported and co-ordinated.

“ASRA will also aim to leverage private investment into its research priorities.

“It will ensure the development of sovereign research capabilities for Australia, especially in getting prototypes to delivered technology.”

Labor criticised the government for a “lack of strategic defence and national security-focused sovereign research, funding and projects” over the past decade.

The government launched a review of Defence innovation, science and technology in September 2021 to ensure it continues to have access to the “most cutting-edge capability”.

The review, which was led by former Rio Tinto Australia managing director David Peever, was due to be provided to the government at the end of 2021, but has not yet been released.