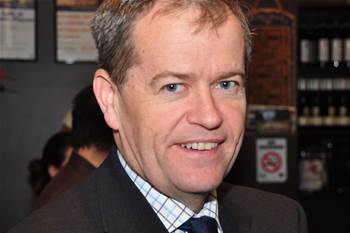 Demands costs of bill be made public.

Labor has given its support to the Government's controversial data retention bill, but said it will only help pass the legislation once the cost of the new law is detailed and amendments protecting journalists are introduced.

In a letter to Prime Minister Tony Abbott - leaked to Fairfax [PDF] - opposition leader Bill Shorten said his party would support the consideration of the bill by Parliament once the PJCIS [Parliamentary Joint Committee on Intelligence and Security] had completed its inquiry, and any necessary amendments had been circulated for consideration.

The data retention bill as it stands does not include sufficient checks and balances, "and as a consequence may erode freedom of press," Shorten wrote.

He pushed for press freedom concerns to be addressed in the bill to avoid future amendments to the Act.

Shorten also said it was important the bill not be rushed so as not to compromise its successful implementation, and expressed disappointment that the Government had sought to politicise the development of anti-terrorism legislation.

"This is at odds with a responsible and bipartisan approach to such important issues," Shorten said.

He argued the Government had not provided the necessary material to the PJCIS to complete the scrutiny of the bill, such as advice on the role metadata played in the ASIO and AFP responses to the Lindt Café siege - information that has been distributed to media as case studies.

Shorten insisted that the aggregate cost of the data retention scheme - as estimated by a PriceWaterhouseCooper report - be made public before Parliament debates the bill.

"It would be unreasonable to expect Parliament to debate the bill without senators and members being aware of the cost of the legislation to the Australian taxpayer and the impact on industry," Shorten wrote.

Parliament and the PJCIS should also immediately scrutinise the regulation that describes the set of data to be collected and retained by telcos for two years, Shorten said.

Labor is not opposed to the data set being defined by regulation and therefore changeable by the Attorney-General without parliamentary oversight.

Shorten did however note that many of those responding to the bill had argued that the data set should be included in the bill for transparency and accountability, and asked the PJCIS to consider such feedback.

Shorten's letter was in response to earlier correspondence from Abbott, in which the PM requested Labor's support for the bill to enable it to pass in both the House of Representatives and the Senate the week commencing March 16.