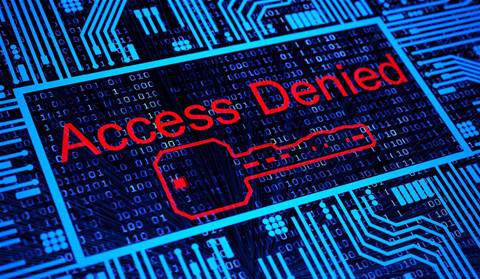 Say agencies should retain use of section 313.

A bipartisan parliamentary committee has recommended government agencies be allowed to continue using controversial powers to block websites to disrupt illegal online activities, despite past misuse.

Last July the federal government announced it would ask a new House of Representatives committee to investigate whether section 313 of the Telecommunications Act was being used by law enforcement agencies appropriately.

Section 313 notices allow law enforcement agencies to request telecommunications companies block websites believed to be involved in illegal activities. Agencies using the provision are not currently required to be transparent about its use.

The committee's investigation was launched in response to a 2013 blunder by the Australian Securities and Investments Commission in which 250,000 websites were inadvertently blocked in an effort to block just 1200.

ASIC later said it hadn't been aware a single IP address could host multiple website, leading to the mass take-down.

"The inability of the agency to correctly target the offending websites without causing collateral damage, and the time delay in identifying the problem, suggest that the processes surrounding the use of s.313 need to be tightened and made more transparent," the committee wrote in its report today.

The provision of the Act has been in place for almost 15 years, but law enforcement agencies including ASIC and the AFP - along with another agency whose identity has been kept secret for "national security" reasons - only started using the law vigorously from 2012.

The committee was asked to consider which government agencies should be allowed to use section 313, what level of authority such agencies should takes these requests to, what types of illegal online activities should fall under the provision, and how transparent and accountable those using section 313 should be.

The committee - made up of six Coalition MPs, three Labor MPs and Clive Palmer - today tabled its report, arguing there was an "indisputable need for government agencies to have access to these powers".

It acknowledged past errors - such as the ASIC mis-step - and suggested two tweaks to the government's approach to ensure the same mistakes don't occur again.

The committee recommended all agencies eligible to use the powers have the "requisite level of technical expertise within the agency", or use the expertise of other agencies if the skills cannot be found internally.

"This would substantially mitigate the sort of problems which arose following the ASIC incident," it said.

The MPs also recommended the adoption of whole-of-government guidelines for the use of section 313 previously proposed by the Department of Communications.

The department said it saw no problem with agencies continuing to be responsible for issuing their own section 313 notices once the guidelines were implemented.

The committee today agreed, and said individual agencies were best placed to make their own decision about the most appropriate ways to use section 313.

No limits to section 313 use

But the committee today said it saw no need to limit the site-blocking powers to serious crimes or national threats.

It similarly ruled against limiting the number of agencies eligible to use the powers, despite widespread calls from industry and advocacy groups for strict parameters.

"Nor does the committee support limiting the offences against which s.313 can be used—this also is unnecessary and overly restrictive."