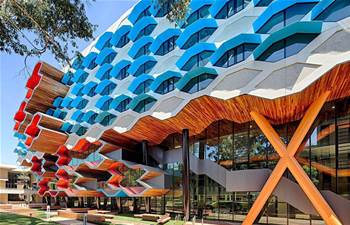 La Trobe University has credited software automation and bots in student administration processes for freeing up time for staff to engage with students and advise them on their studies.

Senior manager for advising and retention Suzanne Sealey told UiPath’s Reboot Work festival in December that the university had deployed automation and bots in processes for about two years.

Its progress automating manual processes in the advising and retention space had led the university to set up an internal centre of excellence (CoE) in its service innovation division to pursue automation opportunities more broadly across campus.

“We started the journey two years ago, looking at processes around results and academic progression so looking at students who were not making satisfactory progress,” Sealey said.

“We started with the results process for students, so moving students’ results from system to system, and that worked really well.”

Sealey said that automation and bots had freed up advisers’ time for front-facing student engagement.

This, in turn, produced results for the university that enabled the academic advisory team to grow from two to 12 staff, with an additional six “support advisers”.

Extra time and staff had enabled the university to conduct large-scale outreach as the pandemic started to impact operations.

“About two weeks into being at home, we decided to run an outbound call campaign to our undergraduate students at the university, however we decided to take that a little bit more broadly and we ended up calling all students,” Sealey said.

“We made about 45,000 phone calls to students and we spoke with over 60 percent of them I believe, and again that was because we had so many staff that are now able to focus on students directly.

The other impact of the automation work is that it “triggered [other parts of the university] to ask when they can have a bot of their own”.

That led to the establishment of a centralised CoE for process automation and a number of additional opportunities and projects.

“We tested a process that typically would run over four weeks with about 30-40 staff and … the automation process got that down to a week with four staff,” Sealey said.

“There’s a lot more organisation around it,” Sealey said.

“We know who the [bot] managers are, we’re able to do evaluations on the bots and make sure they’re performing OK.”

Sealey noted that La Trobe had targeted processes that would have a direct impact on the student experience, rather than those purely in the backend administration.

“We were looking at the processes that would actually impact the students directly,” she said.

“Typically we [as professionals] are looking at automation in HR and finance, but for this particular part of our story we were actually looking at the student experience and keeping them at the heart of it.”