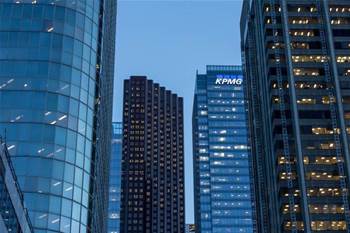 Firm can 'park' unused devices and budget for monthly consumption.

Professional services firm KPMG has done away with leases, instead opting for a three-year device-as-a-service (DaaS) agreement with Lenovo to give the company greater flexibility and scalability with its hardware.

More than 7,800 devices will be at the firm’s disposal, with 1000 devices already being rolled out within the space of a week.

Although DaaS might sometimes be considered not much more than lipstick on a lease, KPMG Australia chief information officer Craig Wishart told iTnews it’s delivered  the company and its employees more choices about the devices they use and for how long.

Through the agreement, Lenovo will provide and fully manage KPMG’s devices - from desktops to laptops and mobile devices - on a monthly basis.

“Working with Lenovo, we determined what we felt was a fleet number, and then what we would hold in a parking lot as such that would then give us the flexibility to ramp up and then ramp back down,” Wishart said.

“For our divisions, operational cost transparency is important, flexibility around use of devices and types of devices is important, and then we had to move the responsibility of the PC lifecycle back into the manufacturer where at the end of a period of time we could continually refresh the fleet through the lifecycle.”

He said that this is a vast improvement over buying or leasing devices the company would then be stuck with for their lifecycle - with leasing being likened to buying outright, just with regular down payments.

With DaaS, however, the company can “park” unused devices at Lenovo’s building factory and not pay for them until they’re redeployed.

That saves the firm from scrambling for devices when it on-boards a large number of interns on limited contracts. A “buffer stock” is also maintained for quick deployment in case the company experiences a sudden period of growth.

“What we want to avoid is having people join the firm who have a delayed experience by not having access,” Wishart said.

“[Now] when people start, they are ready to go on day one, they’re productive, and they have choice of device.”

The firm is also giving its divisions the flexibility to not just choose their devices, but to also “fast track” the refresh rate, “moving the responsibility of the PC lifecycle back into the manufacturer where at the end of a period of time we could continually refresh the fleet through the lifecycle”.

The responsibility for configuration, security and software for KPMG’s devices now rests with Lenovo as part of the agreement.

“Coupled with that, we wanted to move to Windows 10 and we have a plan now where we’re also moving very rapidly towards an Office 365 capability and we’re expanding our cloud services offerings to the firm,” Wishart said.

“From our perspective, we realised that we wanted to be able to provide flexibility for device choice with our people, and Office 365 allows us to leverage the power of OneDrive and enable our people to have access to enterprise OneNote, leverage co-collaboration through OneDrive, and fundamentally, choose the best device.”

Since the SaaS cost comes under the DaaS agreement, this means KPMG can better anticipate its monthly IT budget based on the number of devices it expects to be active, rather than maintaining licences on the entirety of its own fleet.