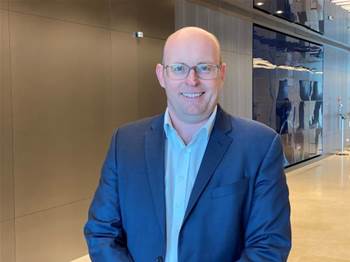 The role will see Munnelly manage the consultancy's technology agenda and sit on the KPMG Australia’s National Executive Committee (NEC).

Munnelly, who will report directly to KPMG Australia CEO Andrew Yates, will commence the role at the start of March.

iTnews understands Munnelly's first point of business will be to align all KPMG Australia’s offerings and consolidate its approach to market.

This will be closely followed by a digital transformation program of its own internal business.

KPMG’s last CDO Anthony Stevens, who left the position heading up the digital services team in 2018, did not sit on the NEC or report in to the CEO.

Yates said appointment marks “an important change for our firm” that “recognises the rapid increase and pace of technology transformation in the market and in our own business”.

“Our clients are facing significant digital challenges, and John will be responsible for ensuring we are optimally placed to support them now, and into the future,” he said.

“Key to John’s role will be a focus on enhancing our technology employee value proposition.”

Munnelly said he was “excited to take on this new challenge as KPMG Australia’s new CDO”.

“It is more important than ever before that we communicate our technology story externally, to help clients get ahead of the change in their industries and organisations,” he said.

“I’m also looking forward to helping to enhance the technology skills and career paths of our people and leading our firm’s own ambitious technology agenda.”

Munnelly first joined KPMG via the 2015 acquisition of the tech firm Hands-On Systems where Munnelly was the chief executive.

He eventually became a KPMG partner in 2017, taking a senior position in the firm’s management consulting division.

Munnelly is also the executive director of KPMG-owned enterprise resource planning (ERP) and accounting software firm Wiise, a role he has held since May 2018.