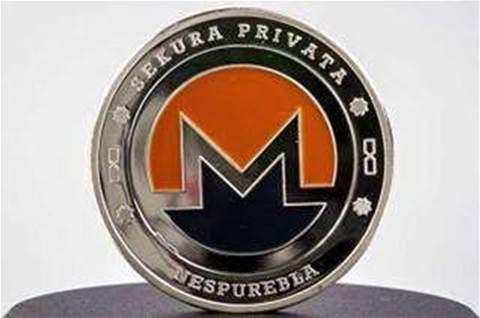 And yes, they still attract tax says first such binding ruling in the world.

The New Zealand Inland Revenue Department has issued a binding ruling that states salaries, wages and bonuses being paid in crypto currencies are subject income taxation in a similar manner to traditional monetary remuneration.

It is the first tax department in the world to accept employees being paid in crypto currencies such as Bitcoin and Ethereum, stating that remuneration in these is subject to pay-as-you-earn and fringe benefit tax deductions.

Commissioner of the IRD Naomi Fergusson had been asked to provide guidance on employees regularly receiving parts of their remuneration in crypto currencies.

Fergusson issued a ruling on the matter in June this year, which has now been published and which will come into effect on September 1 for three years and also covers staff bonuses paid in crypto currencies.

The Kiwi tax office struggled to shoe-horn crypto currencies into the accepted meaning of salaries, wages and bonuses that are usually paid in money.

In particular, because crypto-assets are not issued by any government, they are not legal tender anywhere," the Commissioner wrote [pdf].

IRD defines crypto-assets as using blockchain and cryptography to regulate their generation and to verify transfers, but added that there is currently no standard terminology for the evolving virtual currency industry.

Furthermore, although the IRD Commissioner noted that despite crypto currencies being increasingly used to pay for goods and services, they are not generally accepted as payment.

"Given the extreme volatility experienced to date, there are also issues around some crypto-assets’ ability to be a store of value," the Commissioner said.

Nevertheless, the IRD pointed to technology changing the way people are paid, going from money to cheques and direct credits to their bank accounts, and the Commissioner now takes the view that the meaning of salary and wage are capable of including payments in crypto currencies.

The authority provided an example of how an employee who is part-paid in Bitcoin should be taxed.

"Ken is employed by Cryptowonderland Ltd. His salary is NZ$10,000 per month before tax. Half Ken’s salary is payable in NZD direct credited to his bank account. The other half is payable in bitcoin transferred to Ken’s bitcoin wallet.

PAYE should be calculated on the $10,000 gross payment and withheld and paid to the Commissioner (in New Zealand dollars). The net amount is payable to Ken."

Crypto currencies have to be sufficiently money-like, and convertible to fiat money at approved exchanges that follow current Know Your Customer and Anti Money Laundering (KYC/AML) regulations, to count as salaries and wages.

The IRD gave Bitcoin, Bitcoin Cash, Bitcoin Gold, and Litecoin as examples of crypto currencies that are sufficiently money-like to come within the ordinary meaning of employee remuneration.

Crypto currencies with values pegged to fiat money such as Tether, Paxos Standard and Stablecoin also fall within the above meaning.

Others that are used as asset, utility and securities tokens do not, IRD said. Examples of these include Filecoin, Dentacoin and CRYPTO20.

There can be no lock-up period during which the crypto-assets paid cannot be converted or sold by employees.

While it is happy for employees to receive their salaries and wages in virtual currency, the IRD will not accept crypto-assets for tax payments.

Instead, the crypto currency in question has to be converted into New Zealand dollars when the payment is made to the employee.

The conversion can be done with rates from "any centralised data repository site that may be listed from time-to-time on the Inland Revenue website", or a public exchange with KYC/AML provisions listed on the NZ Financial Services Providers Register.

Self-employed people and employee share schemes in crypto currencies are not subject to the IRD ruling.