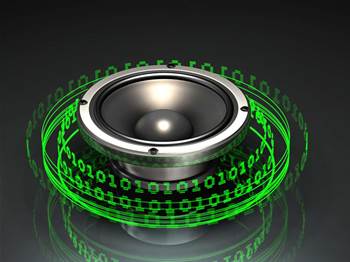 A pair of security researchers have found a way to raid bank accounts in the third world en masse using fake audio one time passwords.

The attacks target African micro-finance systems which use audio passwords to authenticate users logging into their accounts.

Audio tokens rather than apps or SMS are used to confirm transactions because many of Africa's 650 million mobile phone users lack smart phones. SMS technology is available but not active.

Aura Information Security researchers Shingirayi Padya and Graeme Neilson found that the tokens were not random enough and could be predicted and played back to the banking systems to confirm transactions.

“We collected a large sample of one time passwords and extracted the audio, converted that to a number, and then analysed those numbers for randomness,” Neilson said at Kiwicon 6.

“It is micro-finance, so typically that's not going to give you access to a lot of money so you need a mass attack.”

To make the attacks viable the researchers needed a way of automatically discovering and cracking accounts, logging into banking sessions, and issuing tokens to confirming transactions.

They found phone number ranges used for particular micro-finance companies are available publicly, which provides a means to generate phone numbers to attack.

Passwords used to log into the bank systems require little more than four digits and so are very susceptible to brute-force password guessing attacks. Once inside, a transaction can be made which causes the bank to call the customer for verification.

The final step required a means to automate the playback of the fake one time passwords and bluff verification. To achieve this, the researchers brute-forced their way into victim voice mail accounts and replaced greeting messages with the generated tokens.

The bank could be forced to voice mail -- and the fake audio token -- by setting a phone number diversion within voice mail, or  by simply calling the victim to make the line engaged.

This means the token is played back to the bank when the verification call is made.

To duplicate the one time tokens, the researchers needed to analyse a huge amount of audio. They created an account with a micro-finance company tied to a Skype accounts and logged in 10,000 times generating as many tokens.

The audio was captured and analysed with custom scripts and free audio tools, while a man-in-the-middle application was used to dump data detailing the bank log in sessions.

The researchers did not however reveal critical details about the encoding used in the tokens to prevent abuse.

“We decided not to reveal a 101 on how to predict audio one time passwords because the only people who will suffer from that are people in Africa with non-smart phones,” Neilson says.

More information on the research including tools used is available on the slide deck (pdf).