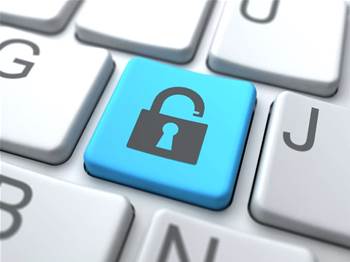 Service may not go without challenge.

New Zealand internet service provider Maxnet has claimed it is "in the clear" legally on plans to allow users to circumvent geographic blocks placed on popular streaming video offerings from the US and Britain.

The company's new subsidiary Fyx uses a proxy and domain name system (DNS) servers configured to bypass content access blocked to users outside of their intended country, based on IP addresses.

The circumvention allows access to popular video streaming services not available to New Zealand or Australian users, like Hulu, Netflix and BBC's iPlayer.

Though services such as Fyx fall into a legal grey area, Maxnet's internet services and marketing lead, Andrew Schick, said legal opinion provided to the company protected its service so long as it provided access to the greater internet.

But Bruce Arnold, a law lecturer at the University of Canberra, pointed to Fyx's existence as prompting "questions about the nature of online copyright law".

"Because the main – but, importantly, not sole – feature of Fyx is the circumvention of geoblocking, Fyx will face questions about whether it would fail Australian legal tests of authorisation," he wrote on The Conversation, pointing to the recent High Court decision favouring iiNet over copyright holders as a relevant court case for reference.

Unlike legal protection for bypassing the region coding on DVDs, Arnold noted that circumventing geoblocks to gain access to country-specific services had yet to be tested in either Australia or New Zealand.

He said that if challenged, Fyx would likely rely on similar defences to those made by iiNet in its long-running battle with Hollywood, claiming innocence for providing a carriage service but likely placing blame on individual users for accessing that service to infringe copyright.

"But because it is promoted specifically as a service which circumvents geoblocks Fyx will have a hard time distancing itself from the activities of the consumer and claiming to be a mere provider of technology and internet access," he noted.

The service's capabilities also raise implications for the individual terms and conditions placed on the streaming services. Some content providers specifically object to anti-geoblocking services in these conditions and can terminate customers' accounts on this basis.

It is unclear how often these clauses are enacted however.

However, he said content providers would not be hit with those data charges with Fyx, as Maxnet pays for these costs as the material traverses the ISP's network.

"They [content providers] don't lose any money if Fyx customers use their services," he said.

Similar services to bypass geoblocking are common around the world but Fyx is the first New Zealand provider to openly offer the service.

One ISP manager, who spoke to iTnews on condition of anonymity, said his company spent thousands of dollars a month to house a router in Los Angeles in order to circumvent territory restrictions.

"I'd say our user base alone is spending over a million NZ dollars a year just on US content from iTunes," the manager said.

Fyx charges a base monthly fee of $NZ34.34 ($A26.77) with no data quota; users must pay an additional 34 NZ cents per gigabyte used over the service. There are no data caps or contracts, or charges for excess usage.

Schick said Maxnet had factored in any additional international data transit usage for Fyx customers and can "easily increase capacity if needed".

"We currently have lots of headroom" he said.

Though proxy and alternate DNS servers can also slow down web service, Schick claimed that streaming high-definition video in 720p and 1080p from overseas had proved successful on the service.