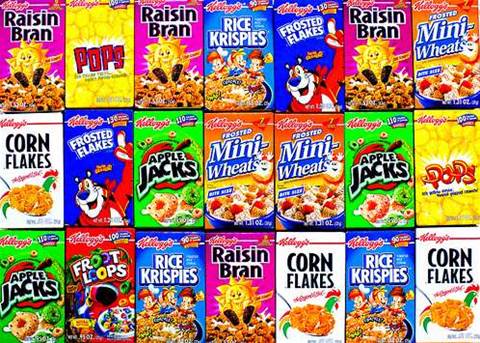 Cereal giant Kellogg’s is planning to bring its Asia Pacific operations onto a new global business services platform being rolled out as part of a major “efficiency” program.

GBS is an initiative under Project K, “a global four-year efficiency and effectiveness program” that Kellogg’s unveiled in late 2013.

While GBS is focused on consolidating “common processes or business services across multiple regions and functions”, the broader Project K is also targeting a range of supply chain optimisations. It will also see workforce cuts of approximately seven percent.

GBS will ultimately run out of a global service centre in Mumbai and three regional service centres in Bucharest (Romania), Grand Rapids (US) and Manila (Philippines), according to recent financial filings.

Some of the processes to be run out of GBS include source-to-pay, order-to-cash and transportation planning.

One capability GBS will provide is more proactive monitoring and addressing of problems in customer orders. These could include “price discrepancies, material discrepancies, EDI errors and promotion errors”, Conde said.

This information is presently captured in Kellogg’s SAP environment.

However, because the company does not run a single SAP instance worldwide, it needed to find a way to abstract this information from multiple instances to enable the process to work effectively within the new operating model.

“To gain efficiencies in the [order-to-pay] process, we needed to pull those together.”

Conde is using Salesforce to “try to cobble together” information from the SAP implementations and surface it in a way that mistakes with customer orders can be corrected much faster.

“We’re going from purely SAP where someone would come in in the morning and run SAP reports and then hope that they will be catching some of these [order] exceptions, to proactively managing the exceptions at the beginning of the day,” Conde said.

“Now, every time a customer order comes up that has problems, we notify the customer service representatives [to act on it].”

That should result in “better engagement with our key accounts” and help the company’s customer service representatives in their jobs, he said.

Conde said Australia and the rest of Asia Pacific would start moving to the GBS model – and its associated systems – once a regional SAP upgrade was completed.

“In Asia Pacific we are upgrading our ERP platform into 2016, so our expectation is that by mid or late next year we will put them on the same [GBS] platform now that North America and Europe regions are on,” Conde said.

The staged rollout of GBS also means the processes governing proactive management of order problems should be “polished” by the time that capability is introduced in the region, he said.

One early advantage of using Salesforce was in administration, according to Conde. Day-to-day changes could be handled by Salesforce administrators, reducing system maintenance costs.

“We are cutting dependency on the IT staff doing the day-to-day changes people want,” he said.

Ry Crozier travelled to Dreamforce 15 in San Francisco as a guest of Salesforce.