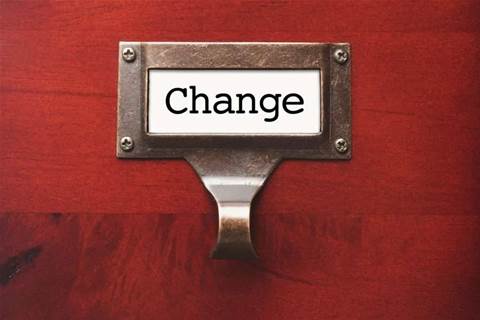 Thinking about hiring a McKinsey or KPMG to help realise your company’s strategic goals? Perhaps you ought to consider the skills developed within your own IT shop first.

Speaking to iTnews as an advisor to the CIO Strategy Summit on the Gold Coast this month, Stow said many large Australian organisations struggled to execute on their strategies – usually due to a lack of focus among conflicting priorities.

Realising strategic goals, he said, required a focus on key projects “and on nothing much else.”

But some initiatives labelled “transformation programs” were not transformational, he warned, noting that many could be categorised in the “general improvement” basket at best.

“A transformational program should be a disruptive program,” he said. “It should change the way a business operates.”

Stow said he had too often seen only the latter – and in isolation – in recent times, describing “operational excellence” as a euphemism for cost reduction: asking general managers to “do more with less” by cutting staff and optimising contracts with suppliers.

Stow said there was little future for organisations that only embarked on cost-out without paying equal attention to innovation in the areas of product development and customer intimacy.

Nor should operational excellence equate to “keeping the lights on as cheap as possible,” he said.

Instead, Stow argued that the skills developed within effective IT departments could be plucked out and used as differentiators.

“Many CIOs and IT departments have a long history with having to prioritise – to sequence how work is done so as to ensure projects are resourced adequately,” Stow told iTnews.

“This is where a CEO might want to look if they wish to learn how to execute on strategies.”

Stow suggested that many IT departments excelled at soft skills around portfolio management and knowledge transfer, while IT leaders tended to know how to complete projects with limited resources.

Those lessons have also generated frameworks – such as Agile – that could be used to kick wider strategic goals in the organisation.

“[Agile] organises people around this speed of change – both in terms of their roles and capabilities – and also how this change is communicated,” Stow said.

“The language is - this is what we’re doing – you’re involved and you’ve got a say.”

Arguments for an Agile board

He highlighted Google’s approach to apps as an example of how Agile had emerged as a guiding principle for customer interaction and product development.

If customers don’t use Google’s products, they are scrapped. If they become popular, they are monetised.

“Information is being transferred between the customer and business at a speed and clarity we haven’t seen before,” Stow said.

Stow urged CIOs to introduce concepts like Agile at boardroom level – ideally in an incremental way that would not prove too challenging to their peers.

He noted that it was the role of the chief executive to send a very clear signal on the need for change, and resource transformation projects appropriately.

“The question that needs to be asked is: how do we organise ourselves as an operational structure to support change?” Stow said.

“The traditional, hierarchical organisational structures don’t allow for knowledge transfer to occur as easily as in many of the companies now competing with them.”

Stow highlighted Qantas and its budget offshoot Jetstar as a good case study of how some large organisations have effectively solved this dilemma.

By spinning off Jetstar as a separate entity – with executives given the opportunity to create a new and different model from Qantas – Jetstar could re-write the book on how to compete as a modern airline.

“In every sense, functional lines were redrawn,” Stow said.  “It’s been so successful that one day I suspect Qantas might merge across to Jetstar’s operating model.”