Kaspersky, under siege, fights back with transparency promise 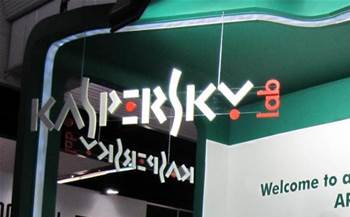 Will allow independent reviews of code and business processes.

In September Kaspersky Lab products were banned from use in US government agencies, amidst concerns over Kremlin interference with the Russian security vendor.

Kaspersky has strenuously denied that it has acted on behalf of any government.

It has fought back to dispel the mistrust created by the allegations, which it claims have been made for political reasons.

Founder and chief executive Eugene Kaspersky today said the transparancy initiative sought to repair the damage done by the allegations to his business.

"Cybersecurity has no borders, but attempts to introduce national boundaries in cyberspace is counterproductive and must be stopped," he said.

"We need to reestablish trust in relationships between companies, governments and citizens."

Apart from the independent code and business process reviews - which will take place in the first quarter of next year - Kaspersky is also committing to developing additional controls for its telemetry and data gathering practices.

Three Kaspersky 'transparency centres' will be set up globally sfrom next year in Asia, Europe and the United States.

These will allow trusted Kaspersky partners to review the company's source code, its software updates, and threat detection rules.

Kaspersky will also bump up its bug bounty rewards to US$100,000 (A$128,000) for the worst vulnerabilities found by researchers in its products before the end of this year.