Journalist metadata could get special treatment 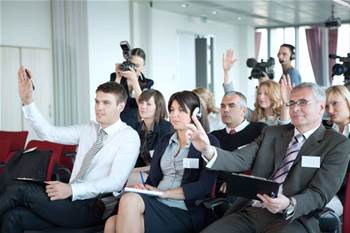 The joint parliamentary committee which has been overseeing the bill today said it had started a separate inquiry to tackle the issue of law enforcement access to metadata for the purpose for pursuing journalist sources.

The committee recommended launching the separate inquiry as part of its report to Government last Friday. The Government accepted the recommendation along with 38 others contained in the document earlier this week.

The bill requires telcos to store customer metadata for two years to ensure the intelligence that law enforcement agencies can currently access to investigate crime is preserved.

Law enforcement bodies have extensively lobbied successive governments for such legislation over concerns that changing practices by telcos will effectively leave them in the dark.

The retention of journalists’ metadata has been one of the most contentious elements of the bill due to fears it will dissuade whistleblowers reaching out to the media.

The office of the committee’s chair, Liberal MP Dan Tehan, said in a statement that the committee had recommended a number of safeguards be applied in such circumstances.

“These included specific oversight by the Ombudsman or the Inspector-General of Intelligence and Security .. and the committee, of any instance where a journalist’s data is accessed by an agency for the purpose of determining a source," the statement read.

"The committee’s recommendations were supported by the Government."

The Media Entertainment and Arts Alliance (MEAA), the union which represents journalists, said it remained unsatisfied with the committee’s handling of the retention bill.

MEAA spokesman Mike Dobbie questioned the need for a separate inquiry and the committee’s decision to recommend passing the bill.

“We will be making a very strenuous submission and I understand that there will be public hearings and we will be attending those,” Dobbie said.

On Monday evening the ABC’s Media Watch program turned its attention to the impact of the bill on press freedom. It pointed to several examples in which police had accessed journalists’ metadata to pursue whistleblowers.

The program quoted The Australian’s intelligence reporter Cameron Stewart on his concerns that governments could misuse the data.

“In Australia last year, there were at least five instances of journalists’ metadata being examined and I think they were for the stopping the boats and all the refugee issues ...

… And the real worry there is that you’re going to get governments who are not doing it for any reasons of genuine national security but are simply doing it to stop embarrassment and [to] basically hunt down whistleblowers,” Stewart told Media Watch.