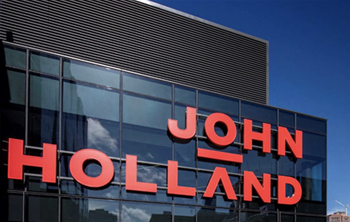 Engineering contractor John Holland’s IT and digital chief Roger Wahl will leave the organisation after a two-year stint to take up an as-yet undisclosed appointment overseas.

Wahl announced his impending departure from the organisation on Friday last week, saying he was “extremely proud of what we’ve accomplished in revamping the IT team, modernising the technology and securing our critical information.”

Wahl’s two core responsibilities at the firm were to transform IT and lead a broader digital transformation, he told the iTnews podcast earlier this year.

There are still a couple of years left on the digital transformation, and the CDIO reins are to be handed over to Bastian Uber, who is currently general manager of IT strategy, commercial and business planning.

“Bastian and I have been working very closely together on the digital transformation journey, and I am 100 percent confident that John Holland will not miss a beat under his amazing leadership as the new CDIO,” Wahl wrote.

“Roger Wahl has led an incredible transformation of John Holland’s digital and IT function – we will miss him and wish him all the best in his new role abroad,” Whitney said.

“Bastian Uber has been with John Holland since 2018, and is an inspiring, customer-focused leader with wide expertise in program leadership and business transformation.

“I have no doubt Bastian will continue to build on Roger’s great work to roll out John Holland’s digital transformation and drive innovation in the construction sector.”