Jobs in flux as CenITex restructures 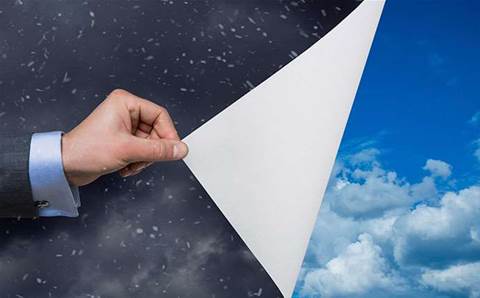 The Victorian government’s central IT support agency CenITex is locked in talks with the public services union over a restructure that will see 37 existing roles go and 49 new positions created.

The jobs shake-up will back what the agency is calling its “re-alignment” towards cloud services, project work, and competition to win and retain new government customers after the former mandate compelling Victorian public entities to buy from CenITex was abolished last year.

It will also address what CenITex has described as “unprecedented” demand for project resources from agencies, creating the need for CenITex to create a flexible labour pool it can pull from when needed.

In a memo to CenITex staff viewed by iTnews, CEO Michael Vanderheide said the changes were not not about delivering headcount or budget reductions, but were intended to "set us up to deliver on better customer responsiveness to better enable those customers to deliver the services the Victorian community needs and expects”.

iTnews understands many of the 37 affected workers will take one of the 49 new roles, it what could effectively pan out to be a spill-and-fill exercise.

The affected roles will primarily come from customer engagement and service operations, with a handful impacting corporate and support functions.

The proposed structure - which has yet to be formally confirmed - will back CenITex’s newest offerings, such as the Microsoft Office 365 suite which is due to come online for customers next year, and a high-speed network link to cloud service providers dubbed “cloud link”, due to become available in coming weeks.

The organisational overhaul is being touted as a move “away from a focus on technology stacks and silos” by the infrastructure support agency. If it goes ahead, the changes should take effect early in 2017.

It continues a period of constant evolution for the agency since it narrowly dodged dissolution in 2015, after being marked for outsourcing by the former Liberal government before it was voted out in the November 2014 election.

Since then, CenITex has sunk $6 million into improving its information security stance with a new intrusion protection system and a faster approach to patching applications, as well as a new 24/7 security operations centre. It has also co-located support staff with customer sites in order to improve its responsiveness.

Vanderheide said Victorian agencies and departments had made it clear they want “services that we don’t yet offer, particularly in the cloud, so we need to organise to more rapidly expand the catalogue of what we offer”.

“The new structure will create new opportunities for staff to step up and to develop in more areas. Offering new services requires different skill sets and the proposed structure creates new roles enabling our staff to gain new expertise,” he said.