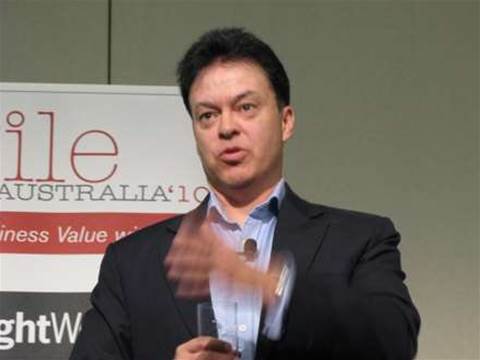 Suncorp's former chief information officer Jeff Smith has been appointed to lead the global IT operations of technology giant IBM.

Smith announced in June that he would leave his seven-year stint at Suncorp to move back to the US and to an undisclosed "senior executive" role at IBM.

IBM today confirmed to iTnews that Smith had taken over as CIO from IBM's former IT head Jeanette Horan, who last month moved into a managing director role. Horan spent the last three years of a 15-year career at IBM as its CIO.

Smith started in his new role this month.

Prior to his departure from Suncorp, Smith spent four years as the chief executive of Suncorp Business Services, a consolidated IT function shared by Suncorp’s insurance and banking businesses.

Smith’s proudest legacy at Suncorp was leading a seven-year cultural transformation at the bank based on the agile methodology. The project was so successful that it has now extended beyond IT and into the bank's broader operations.