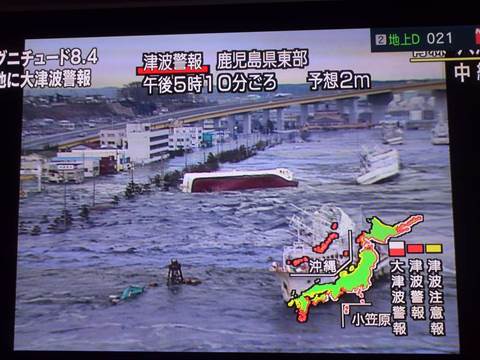 Cybercriminals profit out of tragedy.

The 8.9-magnitude earthquake and deadly tsunami in Japan also has triggered a tidal wave of cybercrime, say experts.

Almost immediately after the news broke, internet fraudsters got to work by customising their malicious websites so they would rank near the top of search results, a process known as black hat search engine optimisation. They had information about the quake but actually had been booby-trapped with malware, such as rogue anti-virus programs.

"We immediately monitored for any active attacks as soon as news broke out, and true enough, we saw web pages inserted with key words related to the earthquake," wrote Norman Ingal, threat response engineer at Trend Micro.

Chicanery on the web is quite common following disasters, including previous tsunamis and other unique tragedies.

US-CERT on Friday also warned of possible phishing ploys and other email scams that might target unwitting users. The SANS Internet Storm Centre told users to look out for bogus organisations that may be mimicking legitimate charities.

"If possible, donate to organisations you know and trust, not to new organisations just set up for this particular event," wrote handler Guy Bruneau.

"The IRS [US tax office] maintains a list of tax-exempt charitable organisations."