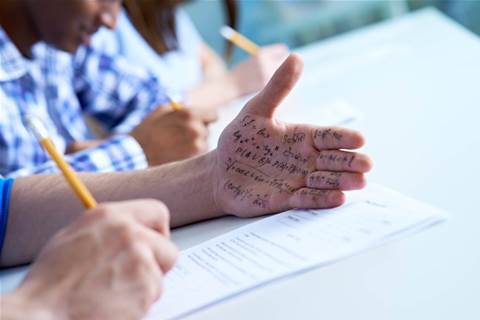 Federal Education minister Dan Tehan has revealed draft legislation over the weekend that would punish those providing or advertising cheating services to university students, a growing issue among Australia’s academic institutions.

The law specifically targets online services where students contract essay-writing services or otherwise get someone else to complete an assignment or sit an exam on their behalf.

Those found guilty under the amendment to the Tertiary Education Quality and Standards Agency (TEQSA) Act 2011 could face up to two years imprisonment or a fine of up to $210,000.

TEQSA was allocated additional funding in the 2018-19 budget to take on the support new capabilities in tackling cheating, however, the latest changes would give the agency the power to seek Federal Court injunctions to prevent access to domestic and international websites promoting cheating services.

An overview of the draft legislation says this will be “an important avenue to reduce the visibility and ready access to cheating services offered online, including from overseas,” and is modelled on a similar system in New Zealand.

Tehan told ABC’s RN Breakfast on Monday that a small but growing number of students are exposed to online ads for these services, contributing to the rise of their use.

“It [contract cheating] has become more serious as more and more people are able to access cheating services online, what we’ve seen is an estimate of up to six percent of students using these services.

“So we want to make sure that we send an incredibly clear message to people that if you are going to provide these online cheating services, then we will throw the full force of the law at you: fines of up to $200,000 or if there’s a systematic approach to helping people cheat, then up to two years of gaol could be in order.”

Whether website blocks would be effective is another issue, as attempts to curb digital content piracy have illustrated it can be a bit like a game of whack-a-mole.

Universities themselves have taken other approaches to trying to catch-out contract cheaters, such as Curtin University’s Intelligent Remote Invigilation System that taps into students’ screens, webcams and microphones to make sure they aren’t receiving outside help while sitting online exams.

The University of Queensland and the University of NSW also took part in a trial from online assessment submission portal Turnitin where machine learning, informed by forensic linguists, identifies idiosyncratic writing techniques to catch when assignments, or sections thereof, haven’t been written by the student in question.

“Australian universities take a strong stance against contract cheating. It will not be tolerated.”

Consultation on proposed laws is open until by June 28th.