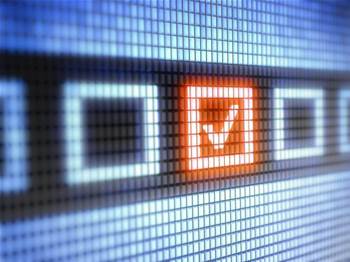 Platform use decline since 2015.

Only around half the number of citizens expected to vote in the 2019 NSW election using the state government’s iVote system actually did so, raising questions over the future of the online voting platform.

The NSW Electoral Commission last month revealed that 234,404 votes – which is 4.9 per cent of all votes – were cast by electors using the electronic system.

This estimate took into account the number of votes cast using iVote in the previous state election in March 2015, which set a new world record for the number of electors returning an electronic ballot.

However a NSWEC spokesperson told iTnews the 10 percent figure referred to the total number of votes iVote was “designed to support” rather than the agency’s expectations of uptake.

“Unlike other established channels such as early voting and postal voting, there is insufficient data to make an accurate projection of electors opting to use iVote,” the spokesperson said.

“As such, NSWEC developed the iVote platform with sufficient scale to meet an upper-end demand of up to 10 per cent of total votes cast.”

The spokesperson wouldn’t comment on whether any external factors in the lead-up the election had contributed to the number of votes cast using iVote.

This includes the critical cryptographic defect that NSWEC has previously confirmed was present in the system.

“While Scytl supplies online voting software to both Swiss Post and NSWEC, the identification of these issues do not affect the use of iVote,” the spokesperson said.

The system also suffered registration problems the day before election day that sent would-be online voters to the phone service instead, which was also quickly overwhelmed.