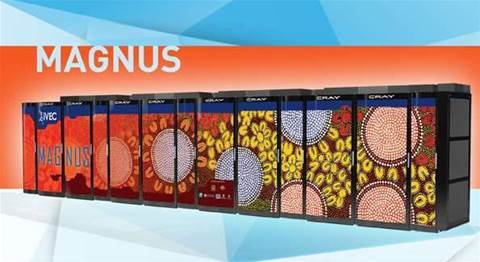 Aims to be biggest in southern hemisphere.

Research coalition iVEC has claimed its second stage upgrade to the Pawsey supercomputer will make it the most powerful computing device in the southern hemisphere, providing scientists with the ability to enter into new and cutting edge areas of research.

In total, the number of cores or processing units available from the Intel processors will exceed 35,000.

Magnus is currently running on Intel Sandy Bridge Xeon E5-2670 processors, churning through a range of scientific workloads. It is complemented by the Galaxy machine, which is used for the data intensive Australian Square Kilometre Array (ASKAP) and Murchison Widefield Array radio telescope projects.

The upgrade provides a substantial performance boost for the supercomputer, taking it from around 69 tera-floating point operations per second to over one petaflop.

A second supercomputing system for the Bureau of Meteorology won funding in this year's budget and is expected to be at least half as large again. The system may be built as a single supercomputer, or two identical ones, each with 1.2 petaflops performance, according to the BoM.