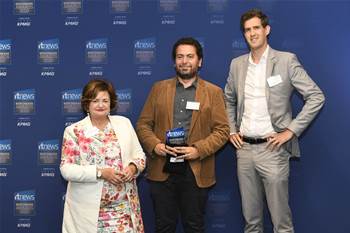 Consultants ITP Renewables have claimed the title of best sustainability project at the Benchmark Awards 2020 for its open-source energy modelling software that shows how Australia can transition to a zero-carbon electricity system.

Inspired by similar open source models in Europe and North America, ITP launched the openCEM model as a free, transparent tool to cut through the complexity of Australia’s national grid.

With support from the Australian Renewable Energy Agency (ARENA), ITP reached out to the National Renewable Energy Laboratory (NREL) in the US to develop a national model for Australia in conjunction with Centre for Energy and Environmental Markets at UNSW and the Energy Transition Hub at the University of Melbourne, along with state governments.

It also worked with software developer ThoughtWorks to translate the immense amount of complex data into something researchers, investors, policy makers or the general public can reliably use, with ThoughtWorks donating a significant amount of time to the project.

The free platform can be used by researchers, policymakers, industry and the general public to make informed decisions about what level of investment and development will be needed to meet a range of different climate- and carbon-related goals.

Importantly, the service is light on end-user compute power by running on AWS to enable users without significant resources to engage in climate and energy debates.

You can read more about ITP Renewable's work alongside the other winning projects and finalists here.