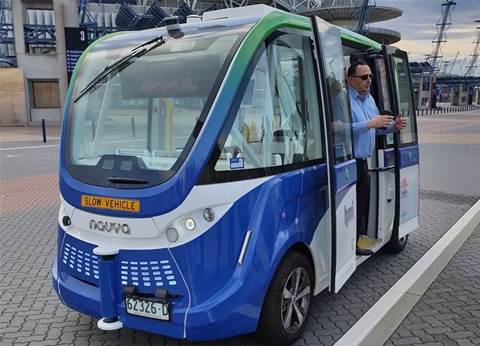 Survives the boredom, that is.

New South Wales recently extended its trial of autonomous vehicles by inviting the public to board a self-driving bus. So iTnews went along for a ride.

And came out alive, but underwhelmed, because the only risks involved boredom or disappointment.

The vehicle we rode is known as the “Smart Shuttle” and is a battery-powered eleven-seater that’s been tested around Sydney Olympic Park, the chunk of Sydney filled with stadia, exhibition halls, a couple of hotels and a few offices but precious little else. 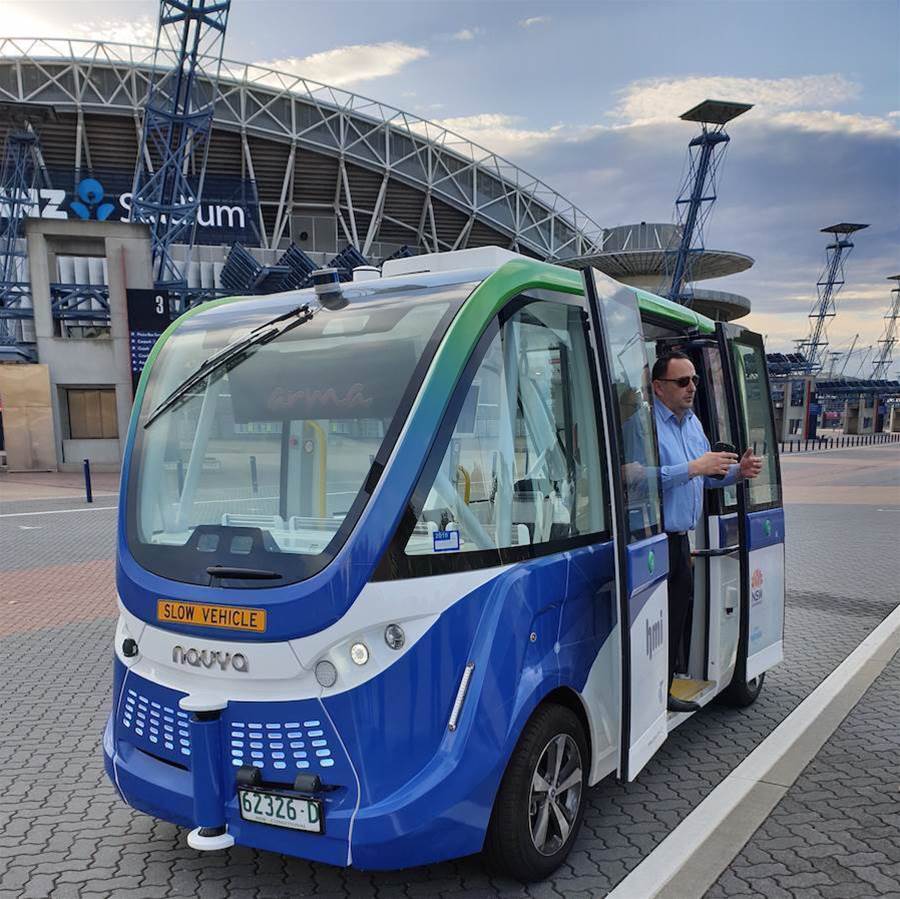 A bustling neighbourhood it is not. Indeed, the precinct is a favourite location for parents to take their teenagers for driving lessons, so wide and quiet are its streets.

The Smart Shuttle doesn’t even have to navigate light traffic on offer; it’s been tested on closed roads and the worst thing the test ride could encounter is an occasional cyclist.

The video below shows you the Shuttle in action, along with the non-challenging terrain it was asked to navigate.

The Shuttle does at least look nicely futuristic. It’s an odd little oblong thing with one pair of sliding doors and roof-mounted windows that make it airy and pleasant to ride.

Riders tell the vehicle where to go by pressing a map on a touchscreen. The Shuttle then navigates using GPS waypoints. On-board sensors will slow or stop the Shuttle if anything moves within a 3.8 metre radius. 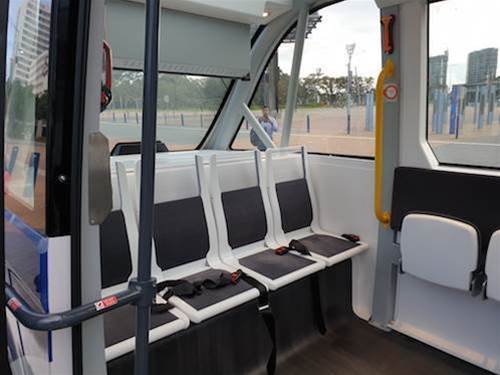 Inside the Smart Shuttle

Riding the bus felt anticlimactic, which may not be a bad thing. Yet Google’s autonomous cars have clocked up over a million miles – so 1.6 million kms – in actual traffic. This test took place in utterly non-challenging condition and the Shuttle didn’t even get half way to its top speed of 40 km/h.

So the experience felt like riding an automated airport train – the kind of thing that moves between terminals and can be run without a driver because there’s so very little that can go wrong and the terrain is mapped in advance. 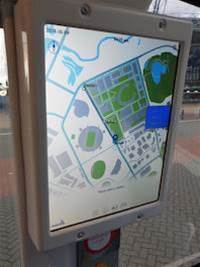 The touch-screen control panel in the Smart Shuttle

Worse still, the demo just doesn’t get anywhere near showing whether the vehicle is fit for purpose. On a busy day, Olympic Park could have over 100,000 people moving around between its various venues. I’ve been there at those times and it’s a chaotic tangle of bodies meandering across roads and plazas, some drunk, some with kids in tow, many confused by poor wayfinding signs.

This trial offered no evidence that the Shuttle could handle that chaos. Or, indeed, quieter periods when the precinct has light traffic and not many people around other than learner drivers. Worst of all, at 20km/h it’s far from obvious that able-bodied visitors will find the Shuttle a better option than just walking between venues.

The NSW government has more trials planned, some of which will involve larger and faster vehicles. But on this showing, they will need to tackle far harder challenges to make anyone enthusiastic about self-driving buses’ potential to offer a viable new transport option.