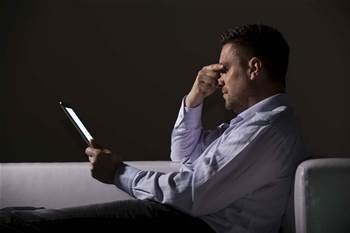 ‘Morale at lowest point in a decade’.

Frustrated IT staff at Macquarie University have hit out at what they label self-serving leadership, a culture of secrecy and penalties for speaking out within the university's technology department.

iTnews has viewed the results of a survey recently sent out to the university’s IT services workforce, which point to a deep divide between management and technical staff and fierce anger about how workers are treated.

Responding staff consistently accused management of intentionally withholding information in order to fortify their authority and of failing to consult subject matter experts on strategic decisions.

They complained about a lack of respect and low morale amongst the IT department.

“Managers agree to solutions without consulting technical staff and then berate staff when the whole thing falls apart,” one unnamed employee said.

“Failure is the only thing we can expect to be acknowledged for,” another complained.

Poor communications and a lack of respect feature heavily in the vast bulk survey answers.

More than half of the survey's participants “strongly disagree” that they receive enough communications and guidance from management, compared to 4 percent who strongly felt the opposite.

Just 14 percent of respondents said there was any “open two-way communication between managers and staff in IT”.

An alarming number of respondents accused Macquarie University management of punishing staff who spoke up about their concerns.

“MULTIPLE technical staff have been driven out of this organisation for voicing their opinion in technical hurdles not being addressed by management even when they’ve offered a viable solution,” one staff member wrote.

“Gossip occurs behind the scenes. Gossip speaks of contractors removed from the implementation team who spoke out."

An whopping 75 percent said they did not feel they could voice their concerns without facing consequences.

One respondent who claimed to have worked for the institution for “the best part of a decade” said staff morale was at the lowest point in that time.

The results of the survey were released by Macquarie Uni CIO Dr Mary Davies after one staff member applied for access via a Freedom of Information request.

In a letter to staff, the CIO, who took on the job in July last year, said she was hesitant about distributing the report due to concerns over how the results would be perceived.

She said she "did not feel that the results were necessarily a fair reflection of the views of many staff, as a number of staff had told me that they did not feel entirely comfortable in completing the survey as they would have wished to because of certain team expectations of them…”

But president of the Macquarie University branch of the National Tertiary Education Union, Cathy Rytmeister, hit back at claims of a vocal minority.

“I reject the idea that the survey was only answered by people who were upset and that some were too scared to say positive things. I think that is complete rubbish,” she told iTnews.

“You don’t get results like this in a survey unless people feel aggrieved.

“This appears to be a problem with management - at whatever level - and the institution needs to act quickly to get on top of it.”

A Macquarie spokesperson said the uni had brought in an external consultant to “investigate and provide further guidance” on what was going wrong within the IT department.

“Macquarie will consider recommendations made by the external consultant and will take appropriate actions to continue to improve its workplace environment,” a spokesperson said.

“As the review is still underway, it is not appropriate to comment further.”