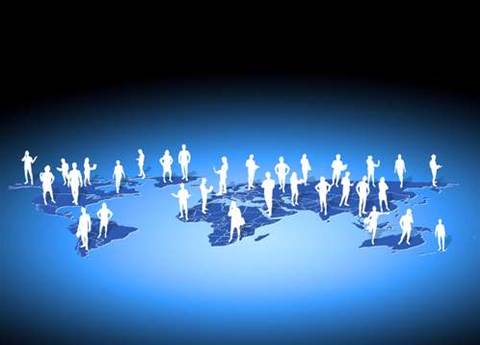 How to offer end-to-end, value-added services.

Shared services units have to fight the perception of being "transaction factories" if they are to move up the value chain internally, according to a study by Accenture.

The study [pdf] found 49 percent of shared services units expect to be providing value-added services like data analytics and research or what otherwise could be classed as 'atypical' services within five years.

Atypical shared services might include treasury, communications or legal services.

The aspiration for many was to offer what Accenture termed integrated business services. Essentially that meant offering end-to-end services for entire processes, not just particular functions of the business.

There were three factors driving the aspiration. Firstly, the model was seen to be more globally repeatable - and therefore applicable - to the expansion of shared services in other geographies.

That was important because 90 percent of respondents in Accenture's study said they tried to add geographies or markets to the scope of shared services within the first three years of operation.

Two years ago when Accenture last polled shared services units, only eight percent reported directly to the CEO. The figure is now 17 percent.

Accenture found 59 percent of shared services executives now reported to the CEO, president, COO or a vice president of operations.

The rest still had their reports on functional lines - for example, the CIO or CFO.

A third, albeit sub-benefit of integration was that it provided a structure that allowed shared services units to better manage outsourcing arrangements.

"Organisations that are successfully using integrated business services to drive high performance already have experience managing globally and can help by applying the same level of discipline consistently across all service delivery partners," Accenture noted.

Achieving a state of readiness to move up the value chain was still the key challenge for shared services units.

Accenture devoted considerable space in its study report to process and service management excellence - the basics shared services units must get right before they can move to more complex engagements.

For example, slightly less than half of all shared services unit representatives said they had standardised policies, processes and supporting systems in place - an important goal in shared services efforts over the past 20 years.

"Many organisations now realise that before they can explore a next-generation strategy, such as integrated business services, they may have to go back to their foundations—and evaluate the functional and/or regional processes within their existing shared services organisations," the report's authors wrote.

"[In 2009] we found that a vast number of shared services organisations had fallen short of realising their original business case benefits of standardised policies, processes and supporting systems.

"The intentions may have been there, but without a specific discipline within the shared services organisation that focused on continued process excellence, non-standard policies, processes and systems started to creep back in.

"This year, we continued to find that levels of standardisation vary widely and for the most part, there is still vast room for improvement."

Standardisation was undermined partly because of devolved responsibility for process ownership. While most businesses defined processes globally, they were still implemented locally or regionally.

Only 30 percent of shared services units in the study were in organisations where processes were defined and implemented globally.

Almost half were in organisations that allowed regional customisation of globally-defined processes.

"This situation will continue to make genuine standardisation a challenge and have real implications for shared services organisations as they look to position themselves to assume a more strategic role in the business."

Getting the basics right was half the preparatory battle. The other half was in perception.

Despite lowering costs and delivering process excellence, shared services units that were trying to transcend functional lines had to fight the perception that they were merely "transaction factories", according to Accenture.

"It can almost seem a constraint caused by their success; some shared services organisations have proven themselves so excellent at what they do, that they have been 'typecast' into the transaction role," the authors wrote.

"To avoid this stereotype, shared services organisations must look for ways to constantly evolve–and more importantly, be able to tell their evolution story effectively."

Accenture noted that successful shared services units were bridging the gap partly by embracing value marketing - showing internal clients just what they have been up to outside of standard functional roles.

Of the shared services units in Accenture's study, 75 percent provided IT services.

Accenture believed that the next time it studied shared services, the trend to value-add and atypical services would be more pronounced.