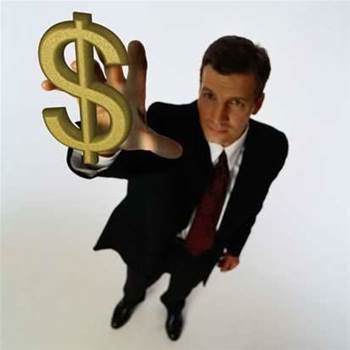 IT workers received only marginal salary increases in the past year compared to the cost of living, with research and development staff among the hardest hit by reductions.

Remuneration paid to ICT professionals across the twelve months to May 2009 increased four per cent, down almost a per cent on the previous year, according to the Australian Computer Society's annual remuneration survey.

It is the first time salary growth has declined year-on-year since 2003.

Private sector workers scored a 3.9 per cent increase in their total salary packages. This was a smaller per centage increase than last year.

But public sector IT staff received the largest increase averaging 4.6 per cent, a half of one per cent more than the previous year.

Package calculations include salary, superannuation, bonuses and commissions, the value of a motor vehicle where supplied and other employer benefits.

ICT managers and project managers can also aspire to higher package echelons with their upper brackets expanding from $135,000 to $180,000 and $150,000 respectively. However, entry-level packages for the roles remained the same.

Database administrators also scored a higher bracket topping out at $130,000, $20,000 above the previous year.

Packages for most other roles - including analysts, programmers, software engineers, sysadmins, developers and support - appear to have remained stable or seen only small increases.

The biggest losers from the survey are in research and development. Minimum packages declined by $10,000 as the financial crisis started to bite. Maximums also lost ground by up to $15,000.

"Whilst public sector employees have enjoyed an increase in salaries over the past twelve months, employees in the private sector have felt the greatest impact," said ACS chairman Kumar Parakala.

"Salary levels have however performed positively over the past two years, with all but three job functions experiencing a rise in remuneration packages.

"Looking ahead and at the outcomes of the Federal Budget a number of infrastructure programs have been put in place and investment in R&D has been allocated, which will have a positive impact on ICT employment and salaries.

"The initial investment of $4.7 billion in our National Broadband Network will require specific skills sets and will create over 55, 000 jobs," he said.

How have you fared with your remuneration package this past year?