IT salaries holding up as firms look to retain valued staff 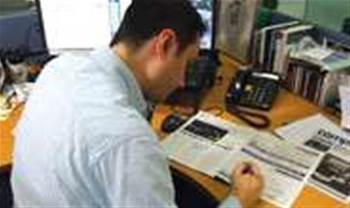 Specialist skills have seen high demand in the financial and retail sectors.

Salary levels for IT professionals held up during the second quarter and counter offers are rising as businesses seek to hold on to valued technology workers, according to research.

The survey by global recruitment consultant Robert Walters suggests there are more IT positions available in the job market and fewer companies are making technology workers redundant, which suggests some increase in confidence.

The high availability of IT professionals over the period meant a particularly challenging job-seeking environment, as the ratio of applications to roles was at its highest for six months.

Despite the belt-tightening climate meaning fewer contract roles were also available as businesses redeployed permanent staff into small projects, the report says there was more demand for temporary IT workers such as project managers and technical analysts for integrations and de-mergers signed off at the end of 2008.

Another trend pointed out by the recruitment specialist during the second quarter was the high demand in financial services for business analysts, developers and application support professionals with risk experience, prompted by a move towards more tightly integrated enterprise risk systems.

Conversely, positive hiring developments were also noticed in the retail sector, where e-commerce is seen as a key strategy to drive revenue. Businesses sought to recruit professionals such as solution and infrastructure architects who could “set the vision”, as well as core delivery experts who could ensure high availability.

However, the same buoyancy could not be seen in industries such as consultancy, where professionals felt the impact of clients putting projects on hold, says the report.

Robert Walters expects the overall positive trends will be sustained through the rest of the year.

“There are signs that some major datacentre and associated networking projects will be signed off and as a result, we may see an increase in recruitment activity in quarters three and four,” said the report.

The sheer amount of job seekers creates a perception among managers that top talent is more easily accessible, but the report warns this is often not the case.

Got a news tip for our journalists? Share it with us anonymously here.
itweek.co.uk @ 2010 Incisive Media
Tags:
asfirmsholdingitlookretainsalariesstafftotraining & developmentupvalued