IT managers feel the fire-fighting heat 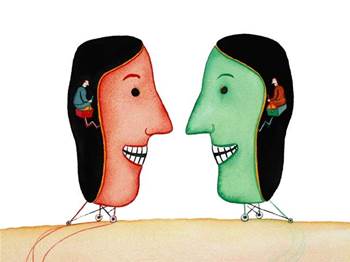 Too much time spent dealing with problems.

IT managers spend too much time fire-fighting, and not enough time developing new projects to improve their business, according to a new survey.

A poll of 250 IT managers in UK businesses with over 50 employees conducted by Loudhouse on behalf of Microsoft, highlighted the frustration IT managers feel over the amount of time wasted on fire-fighting.

IT managers believe that they should be spending no longer than 16 percent of their time fire-fighting, and 25 percent maintaining systems and preventing problems occurring in the first place.

The survey found that around 30 percent of an IT manager's time is spent fire-fighting and 28 percent maintaining systems.

"This survey confirms what we hear directly from our customers. IT managers need proper management tools to deliver a good IT service," said Neil Sanderson, system centre product manager at Microsoft.

"But, like a car, it needs to be looked after effectively and regularly to stop the time drain and costs spiralling."

In addition to the direct financial costs of late delivery of IT projects, the report suggests that fire-fighting has a negative human impact in terms of IT managers' self-perception and morale.

IT managers who spend more than half their time supporting infrastructure are less likely to see themselves as delivering a good IT service (29 percent) than those who spend less time doing support (44 percent).

As a result they feel they have to work outside their contracted hours at least twice a week to deal with urgent IT problems.

More than a third of IT managers said that they get called in outside working hours at least once a month.

"Like real life fire-fighters, this survey shows that IT managers are the real heroes of the business world," said Sanderson.

"With businesses now so reliant on IT infrastructures, a well maintained IT system can be the difference between a business that is successful and one that is not."

The report indicates that organisations lose an average of three working weeks a year due to downtime, with one in seven losing over a month.
Got a news tip for our journalists? Share it with us anonymously here.
Copyright ©v3.co.uk
Tags:
feelfirefightingheatitmanagersthetraining & development