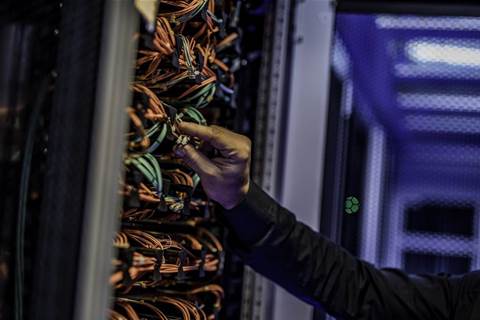 Three of the four biggest federal government agencies had an external IT workforce that was larger than their internal one last financial year, with almost 7500 IT contractors split between the trio.

The Digital Transformation Agency revealed the size of the internal and external IT workforces in answers to questions on notice [pdf] from a parliamentary probe into the Australian Public Service (APS).

It represents one of the most comprehensive snapshots of IT contracting in the federal government to date, with more than 77 agencies baring the size and shape of their IT workforces.

The data, which relates to the “average ICT staffing levels” for agencies in the 2019–20 financial year, was collected by the DTA in October 2020.

The DTA said contractors may be used to source specialised skills or to augment staff during peaks periods, though – as the data reveals – they have become business-as-usual at some agencies.

Figures provided by the ‘big four’ agencies show there were 7850 IT contractors on average in 2019-20, the vast majority of which were within the Department of Defence.

Across the 77 agencies, there were approximately 10,984 IT contractors and 10,020 internal IT staff.

Services Australia had the next largest outsourced workforce, with 2443 IT contractors versus 2266 internal staff – a composition that was the same as at 31 December 2020.

The extent of outsourcing in Services Australia has led to criticism from the Community and Public Sector Union that the agency has “lost sight of the benefits of in-house ICT”.

The Department of Home Affairs had one of the closest internal and external IT workforces in 2019-20, with 694 IT contractors and 677 internal IT staff on average.

Of the biggest federal government agencies, only the Australian Taxation Office had more internal IT staff than contractors, with 1752 internal staff versus 379 contractors.

Together with Services Australia, the ATO is home to around a quarter of the federal government’s estimated 10,000 internal IT staff.

While not a ‘big four’ agency, the Department of Health also had more than twice as many IT contractors than staff (438 contractors versus 191 staff).

Other agencies with more contractors than internal staff include the Department of Prime Minister and Cabinet, Future Fund Management Agency and National Blood Authority.

ForgeRock for Australia’s Trusted Digital Identity Framework (TDIF)
By Justin Hendry
May 27 2021
6:38AM