IT chief brings lessons from Qld's payroll pain to NSW 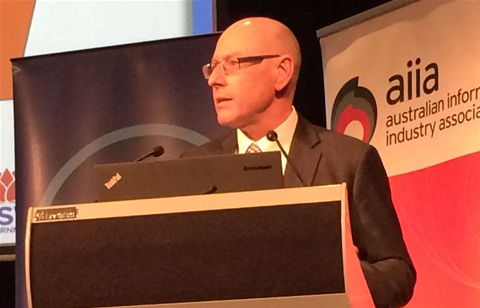 Michael Walsh - the CIO of NSW Health and chief executive of its 58 day-old ehealth wing - brings to Sydney three key lessons from his experience picking up the pieces of Queensland's failed health payroll system.

The one time maths teacher and now IT exec was parachuted into the the midst of the Health payroll saga in April 2010 to lead the remediation and stabilisation of the SAP-based system.

The first thing the experience taught him was to be absolutely clear about the purpose of anything an organisation does.

This means "not changing aims randomly through the process," he told iTnews.

The second is to figure out who the client is and "always look at whatever you are doing through their eyes," he said.

"It is important that accountability isn't dispersed, so that any issues get to a point of resolution and they don't just fade into the organisation."

Walsh addressed industry members for the first time yesterday at the AIIA's annual eHealth forum in Sydney, after taking on the 'super CIO' role at the helm of newly established government body eHealth NSW.

Walsh said it was "enormously rewarding" to come into an organisation that "has already been very successful in rolling out huge initiatives, like [state-wide payroll system] StaffLink, that have delivered real benefits to the system," he said.

"So it is not about starting from scratch but rather building on what has already been done."

He put the realtively pain-free NSW payroll experience down to "a commitment to doing things properly" within the organisation.

He also talked up the carry-on benefits StaffLink is generating across the 105,000 employees within the NSW health system.

"The really important thing about the establishment of stafflink as a service wide HR system is that it now acts as a single point of truth for people’s identity," he explained.

"This means we can move to a single email system, we can move to messaging services that actually allow us to ensure the right messages make it to the right location, and we can connect all of our other systems to the organisational hierarchy, so we can base security and permissions based on that same StaffLink system."

In the long run, this standardisation will pave the way for NSW Health to move more and more applications to the cloud, and automatically populate them with updated staff data as people join and move on.

"This is a huge step forward," he said.