IT carbon footprint to outpace aviation 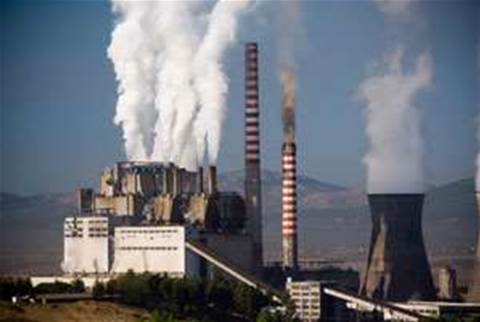 Experts have warned that the IT industry's carbon footprint is skyrocketing and could soon surpass that of the aviation industry..

The report from environmental consultancy Global Action Plan, entitled An Inefficient Truth (PDF), found that only one in five IT departments in the UK are aware of their energy costs.

This is despite four out of five IT departments stating that their companies' data policies are not environmentally sustainable.

"IT equipment currently accounts for three to four per cent of the world's carbon emissions, and 10 per cent of the UK's energy bill," said Trewin Restorick, director of Global Action Plan.

"The average server, for example, has roughly the same annual carbon footprint as an SUV doing 15 miles to the gallon.

"With a carbon footprint approaching that of the aviation industry, IT, and how businesses utilise IT, will increasingly come under the spotlight as governments seek to achieve carbon-cutting commitments."

The survey of 120 senior IT directors in the UK found that 86 percent are unaware of their IT department's carbon footprint, and 61 percent of data centres had capacity for only two more years of growth.

The UK government has already said that a climate change bill will come before parliament before the next election that will set carbon budgets every five years.

"In this environment, a flabby business that guzzles budget and energy is likely to be a prime target for impending legislation.

"With data centre capacity at a premium, and energy bills escalating, chief information officers should look inward for energy saving initiatives and instigate cultural change throughout the business. In short, efficient IT equals green IT."

The report found that nearly 40 percent of servers are underused by more than 50 percent. But, with 37 percent of companies storing data indefinitely due to government policy, the coming data load will be an expensive burden.

"Green computing is an opportunity for us all to clearly demonstrate IT's value in helping our companies tackle an urgent and global issue," said Gary Hird, technical strategy manager at John Lewis Partnership.

"It is vital that we do a good job collectively and that means being open about the specific problems we are facing and the solutions we are pursuing.

"The Global Action Plan survey provides a current-state understanding of companies' green IT initiatives and the obstacles we must overcome to help them succeed."
Got a news tip for our journalists? Share it with us anonymously here.
Copyright ©v3.co.uk
Tags:
aviation carbon footprint hardware it outpace to