IT budgets fall by five per cent 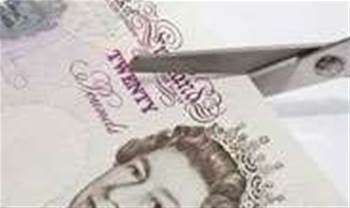 IT budgets were cut by nearly five per cent in the first quarter of 2009, with nearly half of IT leaders (46 per cent) having to make changes to their spending plans, according to research by analyst Gartner.

The global survey of 900 chief information officers (CIOs) showed that only four per cent of respondents reported an increase in IT budgets, with 54 per cent showing no change and 90 per cent of those changing their plans making an average reduction of 7.2 per cent.

The study suggests a marked decline in IT confidence - Gartner's corresponding survey for the last quarter of 2008 showed CIOs reporting a nearly flat budget, up by just 0.16 per cent.

Professional services reported a 10 per cent drop, as did telecommunications and high-end technology firms. Manufacturing showed an eight per cent decrease, with both utilities' and financial services' budget cuts coming in at four per cent.

Gartner's survey said CIOs were expecting the economy to recover between the first and third quarter of 2010. First items on the agenda that CIOs would address when the upturn occurs were increases in IT investment projects and workforce levels.

“Based on CIO contingency plans, they [CIOs] are now better prepared for future economic challenges. However, most CIOs do not see immediately implementing those plans, supporting a position that the first quarter budget adjustments reflect firm plans for the remainder of 2009,” said McDonald.
Got a news tip for our journalists? Share it with us anonymously here.
Copyright © 2010 Computing
Tags:
budgetsbycentfallfivehardwareitper