IT attention going to upgrades, not overhauls 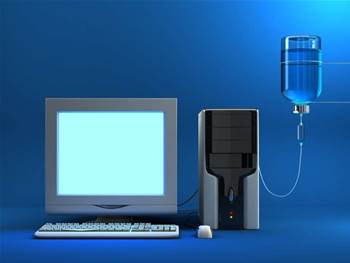 Recovering IT budgets are being focused on maintaining old systems rather than implementing new ones, according to industry analysts.

A recent report from research firm Forrester found that companies in North America and Europe are spending roughly half of their IT budgets on maintaining and updating older systems rather than installing new ones.

The company credited budget shortfalls from the sagging economy with forcing many companies to hold off on maintenance and upgrade projects in 2009, leaving many IT departments with a backlog of work this year.

"Despite all the hype around new technologies that hit the market in the past few years, firms are devoting most of their IT spending on already-installed technologies," said Holger Kisker, a Forrester senior analyst.

"As long as businesses are prioritizing cost cutting and efficiency improvements, tech vendors must provide clearer business justifications for their offerings and demonstrate the functional fit with business requirements that their solutions provide."

Among the most common projects facing departments are upgrades to finance and accounting software, a need cited by 41 percent of large companies and 21 percent of SMEs. Also noted was work on CRM tools and specialised "industry specific" software tools.

Analysts also noted that while software as a service has grown over the past year, companies seem to still be hesitant on the adoption of web services for critical tasks. The report found that web services which replace traditional IT infrastructure were experiencing slower growth than services which performed operations not deemed 'mission critical.'

The Forrester report echoes similar analyst assessments which have pointed towards lingering security and stability fears over cloud computing services.

Got a news tip for our journalists? Share it with us anonymously here.
Copyright ©v3.co.uk
Tags:
companiesforresterreportservicessoftwarestrategysystems