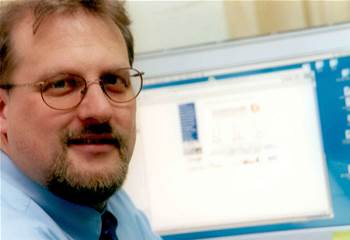 Internode founder Simon Hackett has joined calls for certainty over what steps internet service providers must take to restrict copyright infringement by users in hopes of ending an ideological tug-of-war between the film industry and a portion of its customer base.

Hackett, who sold his ISP to the company at the centre of a long-running legal battle on the issue, said he hoped to eliminate service providers generally as the "soft target" in the battle over copyrighted content and access to that content in Australia.

"All an ISP ever wants to do is obey the law and avoid over-reaching the law," he told iTnews.

"When Hollywood or anyone else encourages us to over-reach beyond the law - to do things you would normally expect a policeman or judge to do - is a point when we're in very dangerous territory.

"On the other hand, the refusal to thumb our noses to Hollywood... which is what some of our customers think we should do on their behalf - is also equally silly. It's not reasonable, there's genuine value here and stuff is being stolen."

Hackett is likely to join the ISPs who, along with Hollywood and the Federal Government, are eagerly awaiting the High Court's final judgment this Friday in the long-running legal battle between iiNet - which now owns Internode - and 34 film studios represented by the Australian Federation Against Copyright Theft.

Replacing a legal precedent now 37 years old, the High Court's judgment should determine whether an ISP is liable for its users infringing copyright using the internet or, if not, what steps must be taken before liability is lumped on the service provider.

"That's all an ISP wants, is to know what a path is that is safe for [them] to follow without themselves getting in trouble for trying to be helpful," Hackett said.

The legal precedent could be short-lived, however. The Federal Government has called for a a complete review of copyright legislation.

In addition, talks between rights owners, ISPs and the Attorney-General's office are pushing toward an industry code that would set out the number of warnings sent to an allegedly infringing user, any reason for service disconnection and who ultimately pays for copyright notices to be created and forwarded.

Discussion in Australia have largely focused on distribution of education notices, however, rather than direct termination of a user's internet connection.

Hackett said that while a notice regime was not necessarily bad, the issue was compensation and whether warning notices from rights holders could be trusted.

"Part of the challenge we've had as ISPs is wanting to know we can trust the incoming complaints officially to forward," he said.

"Some of the overseas providers just fire up robots that throw enormous amounts of email at us without sufficient data to even know if the stuff is real. It becomes spam, we can't find a human to engage with about it because they're actually not interested.

"It's hard to avoid the impression they're just throwing it out there and not caring about the result."

Despite some ISPs unofficially passing on all received warning notices from rights holders or third parties, Hackett urged against the industry becoming a "threat-forwarding service for Hollywood", instead calling for a balance between warning users and a cost-effective system for service providers.

iiNet last month became vocal for the first time about content rights in Australia, fighting against the $1.9 billion merger of Foxtel and Austar in fear of losing lucrative exclusive rights to content from Hollywood studios and overseas rights holders.

However, much of the negotiation around content rights is likely to be done in future by FetchTV on behalf of iiNet, along with Internode and Optus, providing a bigger customer base to film studios that could ultimately garner participating ISPs greater access to the content.

"It's taken too long to happen but we are finally starting to have legal avenues by which we can offer our customers copyright content for money that the rights holder gets paid for, actually doing it properly," Hackett said.

Making the content available and cost effective would eliminate what Hackett dubbed "the real piracy", with only those who refused to purchase the content at all remaining.

Updated 9.42am: Clarified statement around a graduated response mechanism for user notices.