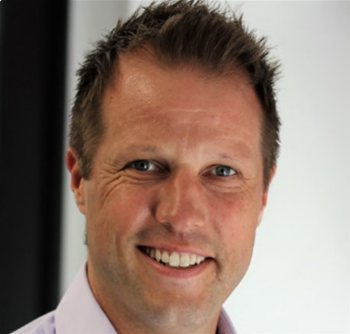 Will help comparison site with its CDR response.

iSelect has created a specific chief technology officer role and brought in Courtney Shergold, a former general manager of digital platforms and delivery at energy distributor Jemena, to fill it.

Shergold revealed his move in a LinkedIn post, and told iTnews that the move to iSelect offered “a fantastic opportunity to lead and further transform their technology division”.

“The company is already well progressed in their transformation their digital offering and customer experience," he said.

"I look forward to working with the talented iSelect technology division to deliver the next chapter of this exciting evolution.”

iTnews has confirmed that Shergold is a replacement for Slade Sherman, who held the role of chief experience officer - abbreviated to CXO, a remit that saw him "responsible for customer and digital strategy including technology, data science, PMO and product functions", according to a deleted bio.

Sherman left iSelect in July last year after a bit over three-and-a-half years at the company.

A company spokesperson said the shift from a CXO to CTO title was part of an executive restructure earlier this year, in which the older role was split.

As well as Shergold’s appointment, Claire MacFarlane joined iSelect as executive of product in January this year; she was formerly AGL Energy's head of digital.

His replacement Shergold joins iSelect at a time when the company is undergoing a wide-scale digitisation of its network and customer contact operations.

“In his most recent role at Jemena, Courtney oversaw the transformation of their digital division across service management, project management and ways of working," he said.

Hebard nominated iSelect’s i26 strategy, the company’s response to the advent of the consumer data right in Australia, as key to Shergold’s brief.

When iSelect announced i26 last year [pdf], Hebard said it represented an investment in the company’s data platforms and growth in its customer base.

Shergold was with Jemena during a busy time for that company’s technology operations as well.

Shergold nominated his most important projects for Jemena as its five-minute settlement program, along with contributions to asset management, field force mobility, metering and billing, customer experience, and digital operations.

A Jemena spokesperson told iTnews that the organisation is recruiting for a replacement for Shergold.

Prior to Jemena, Shergold spent almost four years as a technology and digital leader at UniSuper.