Is there a future for Australia's Digital Transformation Agency? 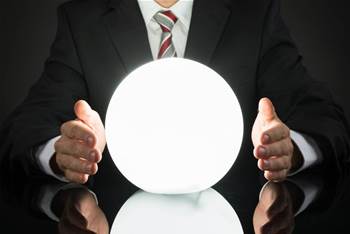 It was the young, energetic agency touted as the saviour of IT in government, and a foundational element of Prime Minister Malcolm Turnbull’s plan for an Australian economy underpinned by digital innovation.

It launched with gusto and goodwill from IT shops within the public service, which were excited to see technology at the forefront of the government’s agenda.

The agency counted soms early wins: it built a working beta version of a digital marketplace and convinced NSW agencies to come on board, made most of its way to a beta version of gov.au, and poached two government CIOs to its ranks.

And yet, less than two years after its arrival, the Digital Transformation Agency found itself facing the risk of sliding into obscurity after losing its founding CEO and suffering a drastic restructure of its remit.

Late last year Assistant Minister for Digital Transformation, Angus Taylor, moved DTA chief Paul Shetler out of the agency and into a new role of government chief digital officer,  while giving the department responsibility for strategy and policy for whole-of-government IT, tech procurement, digital service delivery, shared IT services, and IT expenditure.

It was also tasked, via a new program management office, with monitoring agency IT projects from start to finish - unwelcome news to the ears of public servants becoming disgruntled with the young up-start stomping all over their patch.

This quick evolution from agile delivery body to policy lead and performance whip-cracker surprised even the agency’s own top brass, and did no favours to an organisation quickly dropping in public service esteem thanks to its loud and brash approach.

It also raised questions about the utility of directing digital gurus - who were lured in some cases across oceans for their expertise - to wag their finger at departments over IT failures, rather than build and deliver their own innovative IT services.

To add insult to injury, the agency then lost both its founding CEO when Paul Shetler quit in protest at the agency's new direction, and one of its foundation projects, the GOV.AU single government website, was quietly scrapped by Taylor last year.

The future is now somewhat bleak for an agency once considered the shining light of government IT.

Former public servant and Gov 2.0 advocate Craig Thomler said the DTA could wind up relegated to the trash pile alongside the former AGIMO.

The Australian Government Information Management Office, once the central body for government IT, was swallowed up into the Finance department in mid-2014 when the government decided not to replace its vacant government CIO role.

“The risk now is that they become a version of AGIMO in the worst possible way. That’s a big risk,” Thomler said.

“As the agency only currently has an interim CEO, its future is going to largely be driven by the type of person appointed as CEO. Whether it disappears into the bowels of government as an attempt that didn’t get anywhere, or whether it becomes something valuable in the machinery of government, will depend on that.”

Thomler said he doesn't hold out much hope of the agency continuing to exist as an independent entity past the next federal election.

“I don’t think it has enough of a mandate to continue existing on its own now,” he said.

“I think it’s far more likely that it’ll disappear than them being able to pull it together.”

Shetler made similar warnings in public statements following his resignation, claiming the DTA’s new approach had been unsuccessful several times before.

“I believe in delivery. I believe you can't do policy without delivery,” he said at the time.

“The idea that the DTA should just become a policy agency and essentially stop doing its delivery was not something I agreed with.”

Doomed from the start?

The DTA entered the public service to the sound of the government loudly crowing about the difference its efforts would make to the delivery of government services.

But any initial goodwill from agency heads quickly evaporated when Shetler began pointing out some difficult home truths about the current state of play.

“There were some fundamental mistakes made at the beginning, and that created momentum in the wrong direction,” Ovum analyst Kevin Noonan said.

“The DTA talked down the public service and its IT issues instead of talking up the possibilities and outcomes that could be delivered. I think if they had engaged agencies to bring out the best in them it would have produced a better outcome.”

These relationship issues were compounded by the agency taking on too many projects and not delivering, Noonan said.

“They began too many projects, had too many things in alpha release, and didn’t really understand that you have to build momentum. The pragmatic reality of driving change in a sceptical government completely missed the DTA,” he said.

“Having said that, they have achieved some good things. People are thinking about transformation in government much better today than they did before the DTA came into being.

“So they’ve laid down the groundwork, but no-one thanks you for building the foundation when they want a complete house.”

Thomler argues the focus should have initially been on supporting other government agencies to build their own digital capabilities, rather than lumping the DTA with a full plate of its own projects.

“When the DTA was able to come into agencies over a period of time, help them with initial discovery and prototyping, and then implementation and delivery, that’s where they did it well. When they were required to take on other people’s projects it was much harder,” Thomler said.

“They were sort of like a start-up that wasn’t allowed to fail. They were given the mandate to experiment and try new things, but not have any high-profile failures that could damage the reputation of the government.”

Taking the good from the bad

While the crystal ball doesn't appear to hold good things for the agency's future, its new mandate could also mean a more focused, targeted organisation that sees projects through to completion.

“I see it being far more conservative. They’ll only want to work on wins, where there is already a sound platform in place and low potential for failure,” Thomler said.

“It has been a very freewheeling, private enterprise-style environment, and that will now stabilise and become more focused.”

This focus could result in a greater chance of successful delivery, given the incentive is now there for government agencies to do better by themselves, Noonan said.

“It would be good to see them still delivering some things, because they need to keep their finger on the pulse, but they need to pull back on the amount of work they are doing,” he said.

“Digital transformation is here to stay. It’s an expectation, not an optional extra. The challenge for the DTA is to add value to the process, rather than just slowing it down.”