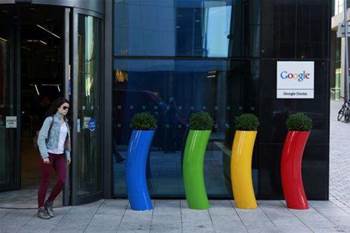 Phase out anticipated to help Apple, Google and others adjust.

Ireland is set to announce legal changes next week to phase out the "Double Irish" tax arrangement that has let firms such as Google and Apple save billions of dollars in taxes, two sources familiar with the matter said.

Ireland has come under sustained attack from Europe and the United States over the past 18 months for its tax rules that allow multinational companies such as Google and Apple to cut their overseas tax rates to single digits.

Among the most criticised parts of the Irish tax code is the complex corporate structure whereby a multinational can channel untaxed revenues to an Irish subsidiary, which then pays the money to another company registered in Ireland that is tax resident elsewhere -- usually in a tax haven such as Bermuda.

This means there is little tax to pay in Ireland. The fact both companies are Irish led to the term "Double Irish".

Ireland is set to bring in new measures in its budget on Tuesday that would mean all Irish-registered companies would over time automatically be deemed to be tax resident in Ireland, the sources said, bringing Irish law in line with U.S. and British rules.

"It is more likely than not," one of the sources, who declined to be named, told Reuters regarding an announcement being made on budget day.

The measures cannot be signed off until the cabinet meets for a final time before the budget is presented at 1330 GMT on Tuesday. Companies already incorporated in Ireland will likely be given a set time to change their accounting structures, while new companies setting up in Ireland must abide by the new rules.

At risk for Ireland are the 160,000 jobs -- or almost one in every 10 workers in the country -- who are employed by the more than 1,000 foreign firms that have set up an base in Ireland to benefit from its low 12.5 percent corporate tax rate and flexible, English-speaking workforce.

In last year's budget, Ireland’s Finance Minister Michael Noonan made it illegal for a company registered in Ireland to have no tax domicile at all, but kept open the loophole that let them nominate any country they liked as their tax residence.

The move followed a U.S. Senate committee investigation that found Apple had cut billions from its tax bill by declaring companies registered in the Irish city of Cork as not being resident for tax purposes in any country. U.S. Senator Carl Levin said the company had achieved the "holy grail of tax avoidance" with the structures.

The Australian Government has also been investigating the practice for some 12 months after it was found that both Apple and Google use the Double Irish loophole to avoid paying tax in Australia.

Noonan has been urged by lobby groups such as the Irish Business & Employers Confederation (IBEC) to balance the planned changes by ensuring Ireland remains an attractive destination for companies, particularly through improving its intellectual property tax regime.

Ireland has been mulling whether to change its tax code now, or wait until next year when the Organisation for Economic Cooperation and Development (OECD) is due to implement new international tax rules, some of which were proposed last month.

The government believes the OECD's aim of closing corporate tax loopholes will ultimately be positive for Ireland and there has been no slowdown in the level of foreign direct investment (FDI) pouring into the country.

Dell announced on Friday that it would locate a new research and development centre in its Dublin offices.

"The risks are well identified at this stage. This has been well flagged as far as multinational companies are concerned, what has been discussed in recent months is the timing," said Feargal O'Rourke, who advises a number of U.S. technology companies as head of tax at PwC Ireland.

"If you are going to move now, you need a sufficient grandfathering period but also a 'shiny new toy' that Ireland can sell as part of its tax offering to FDI. Changes to our intellectual property tax regime would ensure the offering remains attractive."