IPv6 a major battle for years to come: APNIC 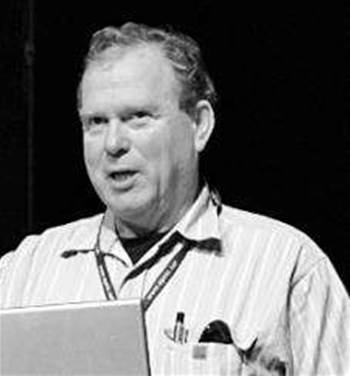 The transition to internet protocol version 6 will remain a major battle for network providers in the next five years, according to the Asia Pacific Network Information Centre's chief scientist, Geoff Huston.

Despite pushing for adoption of IPv6 - a successor to the addressing system used in the internet today - for several years, Huston said the issue was one he expected to deal with for the next five years.

"That's actually proving to be one of the larger challenges; it's not clear we're going to do IPv6," he told iTnews following his entrance into the Internet Society's 'hall of fame' this week.

"It would be really good if it happened in the next few years but good technology is not necessarily good business."

Internet protocol version 6 (IPv6) proposes to replace IPv4 for assigning addresses to each internet user and server. IPv4 addresses have depleted in stock over the last several years due to ongoing growth in mobile subscriptions and internet connectivity.

Some Australian service providers, including Internode, have pushed for adoption of IPv6. But others have continued to do so slowly or in a trial phase.

Huston said there was no strong business case for IPv6, which on face value provided little incentive for many major content or other service providers to make the switch.

"We're asking these folk to do pretty dramatic surgery on the internet without any increase in revenue and that's kind of tough," he said.

The issue has been exacerbated by a seeming fear to make a final switch to the new protocol, despite various technologies allowing for a bridge between it and IPv4.

The Internet Society's global IPv6 trial last year was claimed as a success but provided no lasting mark on the road to conversion.

Many of the global content and network providers that participated in the trial switched on IPv6 for public access for the first time but simply switched it off again after that 24-hour period.

A second trial on June 6 this year will see an official - and ideally permanent - launch of the protocol that could spur growth in IPv6 addresses. But a complete transition from one protocol to the other is likely years off.

"I look at what's happened in the last year and you've got to be optimistic," he said, likening the move to the quick transition from room-sized computing in the 1980s to ubiquitous smartphone access today.

Huston this week joined 33 innovators - including 'father of the internet' Vint Cerf and World Wide Web inventor Tim Berners-Lee - to be inaugurated into the Internet Society's hall of fame in Geneva, Switzerland.

The former Telstra engineer, who calls himself a "protocol engineer at heart", was recognised for his efforts in connecting universities via the Australian Academic and Research Network (AARNet) and building what would ultimately become Australia's first internet backbone in the early 1990s.

Since then, he has helped foster innovation over the internet both locally and globally on the Internet Architecture Board, before joining the regional internet registry APNIC in 2004.

Though not in Geneva to be inducted into the hall of fame, Huston said he was honoured by the decision.

"Vint Cerf is certainly one of the more outstanding individuals, he's absolutely tireless, he's been a brilliant person for all of his professional life. So to be included in the same set as that is certainly a very singular honour, I'm very honoured."

Australia's first network began in 1989 and was facilitated by a 2400 baud (9.6 Kbps) satellite connection to Hawaii. The backbone, along with Huston's skills, were later bought by Telstra in 1995 to become the first backbone for commercial use.

"We quite frankly thought that in our lifetime, it might even move beyond the universities, we didn't think it would within a few years let alone become consumer electronics, that was unheard of," Huston said.