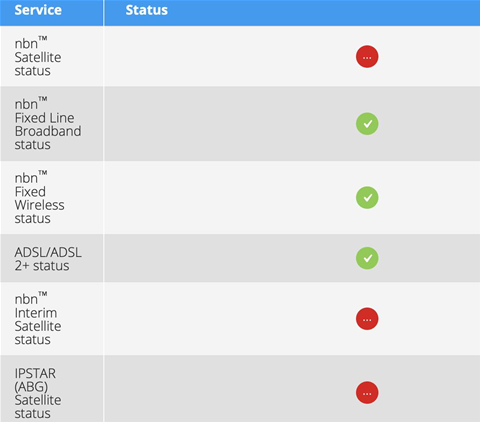 All NBN Co satellite broadband services delivered by IPstar went offline this morning, after what appears to be a core network equipment failure.

An IPstar support person said the satellite broadband provider's technicians are investigating the issue, but did not provide any further details as to the cause of it.

At noon AEST, IPstar said "we have identified the issue at our core network and are currently working to resolve it asap," on its status page.

A further IPstar update at 1 pm said the satellite broadband provider is replacing core network equipment and is working to restore service as fast as possible.

As of writing, IPstar said it has now repaired core network switches, with connectivity being restored.

Customers who still cannot connect are advised to reboot their modems.

The taxpayer-funded national broadband provider said it's satellite platform was working fine despite the IPstar issues.

"I can tell you categorically that our satellite platform is stable," an NBN spokesperson told iTnews.

He suggested that it could be a problem on IPstar's network but wasn't sure.

NBN Co however confirmed an outage affecting it's fixed-wireless network that lasted half an hour.

"I have touched base with our network ops team and can confirm there was an outage affecting around 12,000 fixed wireless services in South Australia this morning.