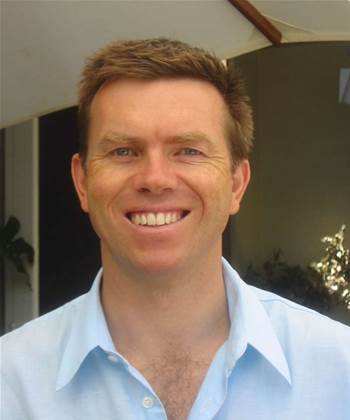 The company began operations this year, and has been providing professional security services, maintenance, support, and managed services from the Omnico Business Centre since early March.

The "IT veterans" worked in a team of ten staff including four engineers, three sales staff, sales support and admin personnel.

"The aim is to become one of the leading players in the security space," Lidgett told CRN, noting that competitors tended to focus on selling generic hardware and software solutions.

"Our feeling is, if you want to be strong in the technical and security space, you really need to have engineering expertise," he said.

It may have been IPSec's technical expertise that won it a top-tier partnership with communications security vendor Clearswift, which was announced this week.

IPSec joined five other solution providers in Clearswift's top-tier reseller base, allowing it to sell products, consult with customers, and deliver post-sales services.

According to Clearswift's Asia Pacific managing director Peter Croft, the partnership was based on a six-year-long relationship with Pemberton and Macdonald, who had worked closely with Clearswift while at TLC.

"We've been dealing with the main sales guys there [at IPSec] and the technical team around them for a very long time," he told CRN.

"When IPSec was established and it was clear that these two senior staff were on board, we extended our relationship there."

Clearswift had a total of 40 channel partners, including one a distributor partnership with Distribution Central.

For IPSec, Clearswift was one of several vendor partners in its portfolio, which also included Juniper Networks, PGP, Sophos, Checkpoint, Cisco Ironport and IBM.

"We're very much technology agnostic, but we won't work in a space where we don't have certifications," Lidgett said, noting that while IPSec was open to new vendor partnerships, it was wary of becoming "overcrowded".

IPSec planned to grow its local value-added business in 2010, targeting mid-market customers with 500- to 1,500- seat sites.

"Interstate expansion will come, but we'll definitely focus on Melbourne for the rest of the year," Lidgett said.

As to the company's name, Lidgett said 'IPSec' stemmed from the concept of 'Intellectual Property Security', and was unrelated to the security protocol of the same name.

"It really means nothing at the end of the day," he said.