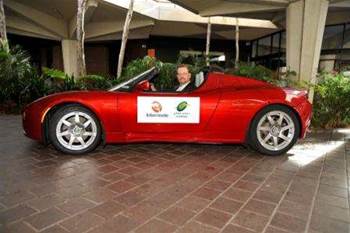 A team of developers from Australia and the U.S. is monetising consumers’ petrol price concerns with the launch of a free-to-use iPhone application.

Since its launch in the U.S. last month, GasBag has attracted about 75,000 unique users across the country. The application is expected to launch in Australia, Canada and the U.K. by the end of this month.

GasBag was conceptualised in May, and its parent company, jamcode LLC, was incorporated one month later.

Although three of the four jamcode founders are Australian, the team chose to focus its initial development efforts in the U.S. due to the popularity of the iPhone and consumers’ sensitivity to fuel prices.

“Everyone here [in California] talks about fuel all the time,” said Mick Johnson, an Australian GasBag developer who currently resides in California.

“We saw that need, and realised that if we could cater to it, we could do very well,” he told iTnews.

The application currently is offered as a free download from Apple’s iTunes App store and is supported by target advertisements through a partnership between jamcode and mobile advertising company, Mobclix.

As GasBag develops, jamcode expects to provide improved targeting according to information such as car model, trip destination, how often the user fills up, and users’ advertising preferences.

“Our current modelling shows GasBag to be monetisable to the tune of roughly one to five dollars per user per year, once you take into account how often someone fills up, how many ads they'll see, and how much each ad is worth,” Johnson told iTnews.

Prior to launching in Australia, GasBag developers will be working on locating petrol stations using street directories and public maps, and converting units from gallons to litres and miles to kilometres.

Another challenge could be competition from Google, which recently partnered with petrol price monitoring company Motormouth to provide a similar Web-based application.

“I'm very happy to see the Google-Motormouth collaboration,” he said. “For starters, it's a direct validation of the Australian market for GasBag.”

“Secondly, I think their [Google’s] model of receiving data from their own fleet of sources is a good reliable pulse, but I also think GasBag's inherent advantage is the extremely strong user community it's built on. As such, we can update our list of stations, our prices, and our addresses much more rapidly,” he said.

Johnson said the iPhone provides developers with opportunities for innovation through its extra features and the coherence of the iPhone SDK code base.

He expects GasBag to be just the beginning of products and opportunities for jamcode.

“It [GasBag] looked like a good application to start with, as we can now leverage this user base to bring out a suite of applications with similar functionality but for different use cases, such as finding parking lots, ATMs, hotels, etc,” he told iTnews.

“The iTunes store has been great for GasBag - it really let us provide our application to an extremely wide market very quickly,” he said.
Got a news tip for our journalists? Share it with us anonymously here.