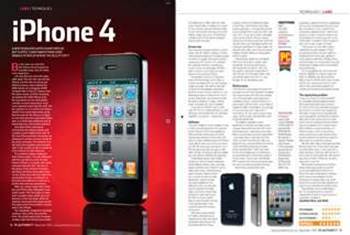 Apple has revealed two upgrades to the iPhone, enhancing battery life and upgrading the touch-screen surface of the much-anticipated mobile device.

The news comes eleven days before the device is slated to go on sale on 29 June.

The screen of the iPhone will also see a last-minute upgrade. Apple said that it had replaced the original plastic screen with a more durable glass surface. The optical-grade glass will be much less prone to scratching, which has proven a problem with some iPod models.

The company also released data on the internet and video times that a user can expect. A single charge will deliver 6 hours of internet use and 7 hours of video playback. Apple had originally said that both operations would be allowed for up to 5 hours.

While in standby mode, the iPhone will be able to operate for 250 hours before requiring a recharge. The company had previously given no estimate for standby time.

Apple is keeping a lid on just what it was that lead to the battery increase. An Apple spokesperson would only tell www.vnunet.com that the bump was "part of the development process."

The iPhone is still on target to go on sale in the US June 29. The 4GB model will cost $499 while the 8GB model will be priced at $599. The iPhone is due to launch in Europe in the fourth quarter of this year.
Got a news tip for our journalists? Share it with us anonymously here.
Copyright ©v3.co.uk
Tags:
batteryboostshardwareiphonelife