iPhone 4: an upgrade or an iPhone for the rest of us? 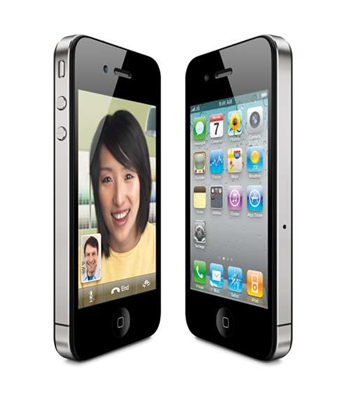 Which is more compelling: the new device or the software upgrade?

As the dust settles on Steve Jobs' keynote address at WWDC 2010, the questions remain - is this a device existing iPhone users might aspire to have, or is it an iPhone aimed at later adopters?

Released in tandem with the new device is iOS 4, the latest operating system for the iPhone, which is available as a free update for existing iPhone users.

Today we compare the new hardware feartures announced for the iPhone 4.0 and the software upgrade to determine the best course of action for both new buyers and existing users.

When it comes to the hardware, the new iPhone 4 ticks many of the boxes analysts and reviewers found lacking in previous versions.

First and foremost, there is the camera. No longer limited to a puny 3.2 megapixels, the iPhone 4 comes with a 5 megapixel camera with an LED flash. 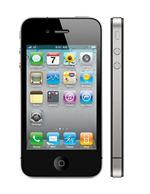 Apple calls this a huge step forward, but the company is really just playing catch-up. When Windows Phone 7 is released later this year, a 5 megapixel camera will be the minimum standard expected.

The new camera also shoots 720P video. Coupled with the new iMovie for iPhone app ($US5), everyone will be able to shoot, edit and distribute movies straight from their iPhone. So, if you're a compulsive snapper, the move to the iPhone 4 is significant step forward.

Still on the video side, Apple has finally added a second camera to the front face of the iPhone to support video calling.

You might think from Apple's hyperbole that the company invented the video-call! But there seems to be a catch. The video call feature, called FaceTime, is only available over WiFi. Apparently Apple needs to do some work with its carrier partners to guarantee its performance over 3G.

Although the iPhone 4 has the same dimensions as the 3GS, the display packs a lot more punch. The pixel count has been quadrupled and the new Retina Display is capable of resolution that reportedly exceeds the capacity of the human eye.

The iPhone 4 also addresses another big problems with the 3G and 3GS - battery life. Heavy mobile phone users can't get through a busy day on their iPhone without a trip to the charger.

Based on the schematics shown by Steve Jobs at the launch, the iPhone 4's battery looks to account for about a third of the unit's total volume. The increased talk time, 7 hours, and 300 hour standby time should be enough for most users. It's an improvement - but unless you are a heavy user it probably isn't a compelling reason to upgrade.

If you are happy to keep using your 3GS, it is handy to know that the iOS 4 upgrade is free to users of the most recent iPhone, iPad and iPod touch models.

The iOS 4 upgrade offers many enhancements over iPhone 3.X - Apple lists over 100 enhancements on its site. Many of the features already appear in Apple's desktop apps - like a single inbox for mail or face-detection and geotagging with photos. But the big enhancement is the addition of multitasking.

Although the iPhone only supports a single app running in the foreground at any one time, the addition of multitasking allows other applications to run in the background. For example, if you rely on VoIP software like Skype, you can leave it running in the background. If a VoIP call comes in, Skype will be able to receive it. At the moment, the only way you can receive a call over Skype is to have it active on the screen.

If you are using an iPhone 3GS, the obvious choice is an iOS 4 upgrade.

Owners of earlier iPhone models should take a good look at whether multitasking or an improved camera would really improve their user experience before considering purchasing the iPhone 4.

And for those of you not on the Apple treadmill just yet: the price point and feature set looks good, and sets Apple back on track to compete with challengers such as the HTC Desire.