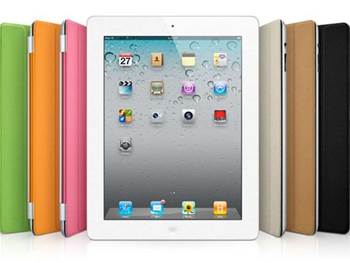 The iPad 2 costs US$6 more than its predecessor in parts, according to a research firm's teardown.

The 32GB, 3G version of Apple's updated tablet has a bill of materials (BoM) of US$326.60, while the original edition cost US$320 to make as of last April, according to iSuppli.

The analyst firm speculated that manufacturing would add another US$10 to the cost. The 32GB, 3G version is priced at US$729 in the US.

The Motorola Xoom, the Android 3.0 tablet tipped to be the biggest rival to Apple's market leader, has a BoM of US$359.92, according to iSuppli, and is selling for US$799 in the US.

The most expensive part in the iPad 2 is the touchscreen, which costs US$127. The A5 processor is manufactured by Samsung to Apple's design and costs US$14 - 75 percent more than the last generation's A4.

The analyst firm's teardown highlighted the differences - and similarities - between the two generations of iPad.

“Despite the obvious changes to iPad like the enclosure and the battery, and the less obvious changes in the touchscreen, the iPad 2’s components and design are remarkably similar if not the same as those of the iPad 1,” said analyst Andrew Rassweiler.

He said the two tablets feature the same components, such as the the flash drive, multitouch controllers and touchscreen drivers, while the wireless and GPS chips are updated versions of those found in the first iPad.

Aside from the updated processor, one major difference is the battery. Costing US$25 compared to the original iPad's US$21, the new battery is thinner, and uses three cells instead of two.

Repair firm iFixit also took apart an iPad 2 over the weekend. It found the front panel was glued on in a similar way to the fourth-generation iPod Touch using "tons of glue", rather than held together with clips like the original iPad.

"As much as we hated trying to remove the clips in the original iPad, this much adhesive is even more of a pain," iFixit said. "Be ready to crack your front panel if you dare open it."

The firm also took a look at the iPad 2's Smart Cover, finding it contains 21 separate magnets. The tablet itself has ten magnets to grab hold of the cover.

The latest version of the iPad went on sale on Friday, with analysts predicting that as many as a million of the tablets may have been sold over the weekend. Apple hasn't released sales data yet.

Got a news tip for our journalists? Share it with us anonymously here.
Copyright © Alphr, Dennis Publishing
Tags:
applecomponentscostshardwareipadipad2tabletteardown