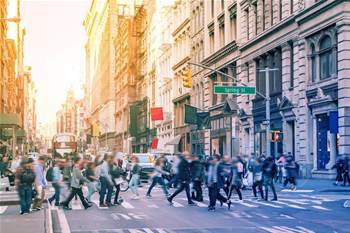 A new partnership between the University of Wollongong and Meshed IoT is set to help policymakers understand how people and places respond to changing restrictions as the country slowly starts to come out of isolation.

The study from Wollongong’s SMART Infrastructure Facility will use Meshed IoT’s nCounter wi-fi sensing technology to provide data on how mobility is being impacted by the health crisis.

Researchers will access anonymised nCounter data from around 180 locations to provide more granular information about the drivers of mobility changes than is currently gained from anecdotal reports and transport data.

SMART’s director, senior professor Pascal Perez, said the study will help detect and understand “the overall sharp decline in urban mobility” and the different patterns that have emerged that could characterise affluent suburbs and working class suburbs.

“Bringing together socio-economic profiles and current levels of mobility can provide indications on which areas are most suffering and should be targeted by recovery measures and assistance.

“The next stage is to develop more sophisticated models informed by smart devices such as nCounter,” he said.

To preserve the privacy of people in the locations being studied, the researchers will aggregate results according to place-based and socio-economic categories without personally identifiable data.

The study should also serve to complement other efforts to track the public spread of and response to COVID-19 such as hospital testing and the COVIDSafe tracing app, which doesn’t collect physical location data.

So far more than four million Australians have downloaded the COVIDSafe app - only 16 percent of the population and much less than 40 percent of people the government says is needed for the app to be effective.