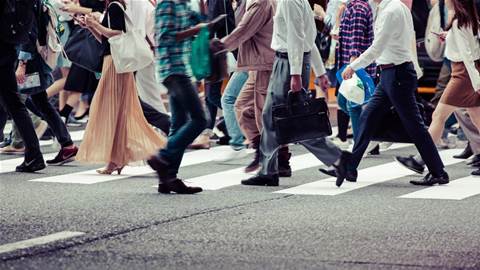 The days of the pedestrian crossing dash could soon be a thing of the past for Queenslanders, with the state government set to introduce new smart technology at key intersections.

Minister for Transport and Main Roads Mark Bailey on Friday announced $3 million for the rollout of the technology to up to 300 crossings over the next two years.

It follows successful trials of the technology at Logan, the Gold Coast and Bundaberg, which Bailey said had “demonstrated market improvements in traffic efficiency and pedestrian safety”.

He said that unlike traditional crossings, the smart crossings will “use sensors to detect pedestrian movement and adjust the amount of time required to cross”.

“This means pedestrians can cross safely without having to rush, and for motorists it means less waiting when there are fewer pedestrians using the crossing,” Bailey said.

The rollout, which is funded through the Camera Detected Offence Program, is expected to kick off later this year.

Locations are to be prioritised according to pedestrian volumes and traffic density, crossing length, and crossings near hospitals or those used by pedestrians with a disability.

Last year 35 pedestrians were killed across Queensland, with a further 228 hospitalised between January and September 2018.