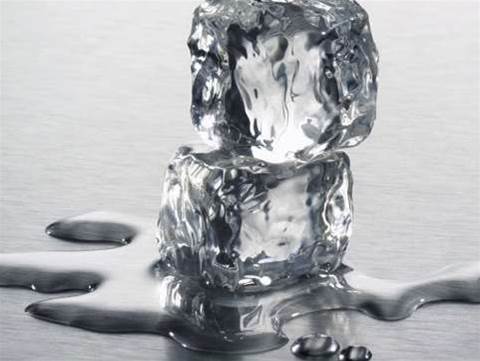 Scientists have developed a technology based on 'ionic wind engines' that could dramatically improve computer chip cooling.

The Purdue University researchers, in work funded by Intel, demonstrated that the technique could increase chip cooling rates by as much as 250 percent.

When used in combination with a conventional fan, the experimental device enhanced the fan's effectiveness by increasing airflow to the surface of a mock computer chip.

The new cooling technology could be introduced into computers within three years if researchers are able to miniaturise it and make the system rugged enough, Garimella said.

As the technology is further developed, such cooling devices might be integrated into portable consumer electronics products, including mobile phones.

The experimental cooling device works by generating electrically charged atoms using electrodes placed near one another.

The electrons collided with air molecules, producing positively charged ions, which were then attracted back toward the negatively charged electrodes, creating an 'ionic wind'.

This 'breeze' was found to increase the airflow on the surface of the experimental chip and so dramatically improve cooling.
Got a news tip for our journalists? Share it with us anonymously here.
Copyright ©v3.co.uk
Tags:
cooling cpu dramatically hardware improves ionic wind