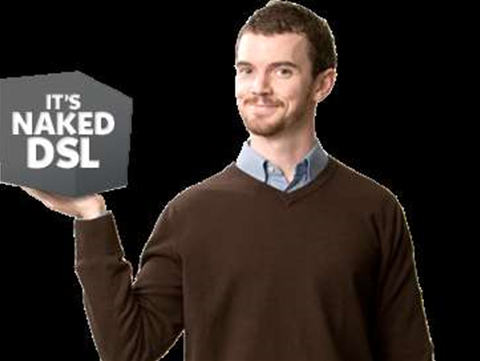 Internode claims to have found a way to more than treble the coverage area that a telephone exchange can serve with ADSL.

To date, ADSL broadband has been delivered via a Spectrum Sharing Service, which co-exists with an analogue telephone service across the copper access network.

As well as mandating additional line rental costs for the customer, a Spectrum Sharing Service restricts the distance that broadband can be delivered to approximately 4.1km from the exchange.

“Since NakedExtreme uses an Unbundled Local Loop service, it doesn't need to co-exist with analogue telephony, which means we can deliver broadband much further from the exchange,” explained Simon Hackett, managing director at Internode.

"To date, we have succeeded in connecting broadband customers living as far as 7.5 km from the exchange.

“With that increased radius, we can increase the coverage area by more than three times compared with the previous 4.1km broadband delivery limit, so we see great potential to fill in many of the blackspots that exist in metropolitan areas."

Although the service is said to be priced $10 above the cost of an equivalent Extreme ADSL2+ service, consumers will save approximately $20 per month because they do not need to rent a separate fixed line telephony service.

The new service is available nationally except in Tasmania ‘where an embargo on high-speed access services remains in place due to a lack of competitive backhaul services in that State’, Internode said.
Got a news tip for our journalists? Share it with us anonymously here.